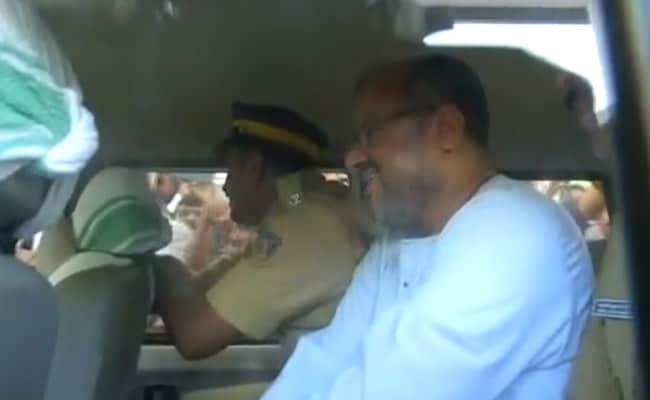 CCV Readers must be very well-conversant with Chhotebhai, one of the great lay thinkers, writers and leaders of India and the sub-continent.  With his permission, I reproduce here what he wrote in his reaction to the arrest of Bishop (?) Franco Mulakkal, the predator patriarch of Jalandhar. He wrote: "Humpty Dumpty had a great fall and all the bishop's horses and all the bishop's henchmen couldn't keep him out of the prison den! Also who has been paying for this alleged criminal's stay in a luxurious hotel, the use of luxurious cars and the hiring of presumably expensive lawyers and security guards? These criminal acts are PERSONAL, hence the funds meant for the thousands of Dalit Christians in Jalandhar diocese should not be used for protecting an alleged criminal."  Going to jail in Bengali parlance is also called "Mama Baari" which means maternal uncle's home. So our black sheep Bishop Mulakkal will now be a guest of his "Mama Baari" for at least two days, if not more, in spite of feigning chest pain (prick of conscience?). Earlier as per newspaper reports he was putting up in a 5-star hotel during the three days of his interrogation. Meanwhile we are waiting for another "Clarification" from Bishop Theordore Masceranhas, CBCI Secretary on "fasting and prayer" for the speedy release of a great soldier of the Church! Isaac Gomes, Asso.Editor, Church Citizens' Voice.

Franco Mulakkal, the senior Catholic priest arrested for allegedly repeatedly raping and sexually assaulting a nun in Kerala, has been sent to the custody of the police for two days by a court. His petition for bail was dismissed.

The police told the court that the priest came to the convent with the intention of sexually assaulting the nun. Franco Mulakkal confined her to a room in the convent guest house on the night of May 5, 2014, the police told the court. The police said he raped nun the next day. The nun was subjected to rape and unnatural sex 13 times in the same room between 2014 and 2016, the police said.

In its report on why the Bishop should not be given bail, the police said they have to do a potency test and interrogate him in custody and since he is "rich, influential and has muscle power, he will sabotage the investigation by trying to threaten, influence and tamper with the evidence."

The report talks about shocking details from the witnesses' statements. Franco Mulakkal had started a new method of worship called "a day of prayer with the Shepherd", when nuns had to come to the pastoral centre on the third Friday of the month and return only on Sunday. Between 9 pm and 10 pm on that day the nuns had to go to the Bishop to share their personal problems and that is when he misbehaved with them. Franco Mulakkal had multiple options for stay across Kerala including his house in Thrissur, but he "chose to stay at the Kuruvilangad convent, which is located in an isolated location, with minimal facilities and only three young nuns."

Franco Mulakkal, who was arrested on Friday night after three days of questioning, tried put on a bold face when he was produced before a local court in the town of Pala in Kottayam.  He was seen with a smile throughout the hearing. He was booed by locals while being taken out of the court by the police. He had a smile on his face even while was he sat inside the police van.

The bishop will be in police custody till September 24.

The bishop's lawyer insisted before the court that police shouldn't be allowed to take his blood and saliva samples forcefully, without his permission. The lawyer said there are chances that the samples will be misused.

Franco Mulakkal was admitted to a government hospital in Kottayam on Friday night after he complained of chest pain. He was discharged on Saturday morning.

The nun in Kerala, in her late 40s, alleged that she was sexually abused by Franco Mulakkal 13 times between 2014 and 2016 during his visits to a convent in Kottayam district.

Amid outrage and protests over the sexual assault allegations, the Kerala government had assured the probe by the Special Investigation Team was proceeding in the "right direction" and that justice will be done.