Beyond Doklam standoff, a look at 5 areas where India is well ahead of China 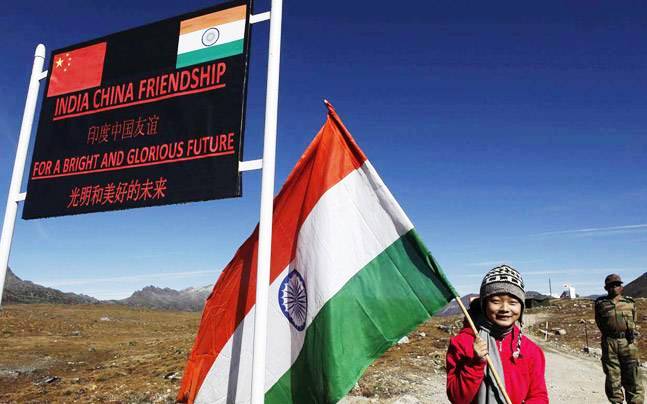 (Note: The article below will help CCV readers realise that notwithstanding China's high-pitched rhetoric and relentless attempt to cow down India, our country is far ahead of China in space exploration capabilities and also in alternative nuclear energy technology. There are other areas too in which India leads, in spite of China blowing its own trumpet. Isaac Gomes, Associate Editor, CCV).

The ongoing Doklam standoff has brought sharp focus on India and China. The two countries are being intensely compared in respects of not only military, economy and technological advancements.

In early 1980s, India and China were roughly of same size in their economies and technological advancements. But, thereafter China made rapid progress while India looked lagging behind.

Yet, there are many sectors where India is way ahead of China.

Since 2011 China is slowing down. It is battling hard to keep its economy grow at the previous double-digit or high single digit GDP rate but, the economy is just showing signs of fatigue.

Chinese economy has taken a mammoth proportion on the back of stupendous growth of its manufacturing sector. Its high GDP growth rates had been driven by bulging manufacturing sector of China. On the other hand, India's economic growth model has been more balanced and hence growth has been steadier.

The skewed developmental trend in China is also reflected by the Gini index, which shows the distribution of income in the country – bigger the number (coefficient) greater the inequality.

All economists agree that the outlook for India's long-term growth is positive due to a young population base, low dependency ratio, healthy savings and investment rates. The median age for India is 27.6 years while its 36.1 years of China.

While India failed to control its population during 1960s-1980s which complicated its problems, but with the opening of economy and greater integration of it within and without, it has reached a stage to reap rich dividends of what essentially was its folly till 30 years ago.

On the other hand, China's "one-child policy" – which was relaxed last year – has made it one of the most rapidly aging countries in the world. Elderly dependency ratio for China is 13 while its only 8.6 for India.

India has taken giant steps in the field of space technology. Its GSLV and PSLV have set umpteen records in launching satellites from all over the worlds into space with impeccable accuracy. The entire world is showering lavish praise on Indian Space Research Organisation (ISRO).

While China has failed to send its satellite to Mars, India remains the only country in the world to successfully launch its Mars Mission in the first go without any hiccups. China is still has a trick or two to learn from India in space technology.

Similarly in remote sensing technology, India is the world leader. Till not long ago, India was dependent on American satellite data for information about flood, cyclone and similar natural phenomena. In 1999, about 20,000 people died in Odisha cyclone. This became the turning point.

India worked on its space technology and now in the field of remote sensing India has leapt far ahead of the US. India is, in fact, helping other countries by providing accurate data about weather pattern and assessment of natural resources.

The strength of India's space capabilities can only be gauged by the fact that in January last year Vietnam requested India to set up a satellite tracking and imaging centre to keep an eye on China. China has been blocking India's entry into the exclusive nuclear suppliers group (NSG). But, it may come back to haunt China as for the world Uranium remains the primary nuclear fuel. But, India ranks number one in the development of Thorium-based fast breeder reactors.

There is a desperation among the nuclear powers to find a replacement for Uranium as a fuel for their reactors. China is one among them. India has the largest reserve of Thorium.

High mountain warfare is another area, where Indian Army is considered as matchless in the world. While China lies on the northern side of the Himalaya where Tibet plateau provides it a rather flat surface, Indian Army is trained to fight in the rugged terrain of the highest mountains of the world.

Indian expertise in high mountain warfare is so much appreciated that the US, the UK and Germany send their soldiers for specific training at the High Altitude Warfare School in Gulmarg in Jammu and Kashmir. Indian Army has already been manning the highest military base in the world at Siachen.

One reason why China is circumspect in challenging India in the high mountains despite hyperbole from its leadership and state-controlled media over Doklam standoff is the degree of expertise of Indian Army in high mountain warfare.

[Isaac's note on India's GDP: India topped the World Bank's growth outlook for the first time in fiscal year 2015–16, during which the economy grew 7.6%. Growth is expected to have declined slightly to 7.1% for the 2016–17 fiscal year. According to the IMF, India's growth is expected to rebound to 7.2% in the 2017–18 fiscal and 7.7% in 2018–19. The economy of India is the sixth-largest in the world measured by nominal GDP and the third-largest by purchasing power parity (PPP). The country is classified as a newly industrialised country, and one of the G-20 major economies, with an average growth rate of approximately 7% over the last two decades. Maharashtra is the wealthiest Indian state with an annual nominal GDP of US$380 billion, roughly equivalent to those of Iran and the United Arab Emirates, and accounts for 13.4% of India's GDP, followed by the states of Uttar Pradesh (US$220 billion) and Tamil Nadu (US$210 billion). According to PricewaterhouseCoopers' Report The World in 2050, India's nominal GDP could outpace the United States', making India the world's largest economy as early as 2040.
Source: Economy of India, Wikipedia].