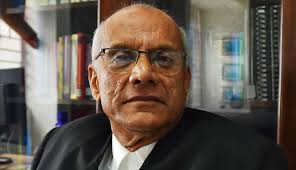 Readers of CCV must have heard of senior advocate Colin Gonzalves, who is a great human rights activist.  Here he wins a legal battle in the Supreme Court of India to bring relief to thousands of tea garden workers in West Bengal whose legal dues have remain unpaid for over 15 years. Three other states viz. Assam, Kerala and Tamil Nadu have also been ordered to pay up an interim relief within 60 days. The break-up of the dues is: Assam, Rs 249 crore; Kerala, Rs 27 crore; Tamil Nadu, Rs 70 crore, and Bengal, Rs 30 crore. Bravo Colin Gonsalves.  As Christians we are proud of your feat of bringing justice to thousands of tea garden workers, especially this Easter Week.

Colin Gonsalves is amongst the most complete human rights lawyers of his generation. He is a Senior Advocate at the Supreme Court of India and the founder and director of the Human Rights Law Network (HRLN), an Indian national network of public interest lawyers. Over three decades, HRLN’s lawyers have engaged in public interest litigation to hold the government to account and secure a broad spectrum of human rights.  Isaac Gomes, Asso. Editor, Church Citizens' Voice.

TELEGRAPH LEGAL CORRESPONDENT New Delhi: The Supreme Court on Wednesday directed Bengal and three other states to pay an interim amount of Rs 127 crore to hundreds of thousands of tea garden workers whose legal dues have remained unpaid for over 15 years.

The bench of Justices S. A. Bobde and L. Nageswara Rao asked the governments of Bengal, Assam, Kerala and Tamil Nadu to pay the amount within 60 days, saying it wouldn't brook any further delay.

"We find that since 2006, this writ petition has been pending," Justice Bobde said as the bench dealt with a contempt plea. "No steps have been taken. The tea companies have abandoned the tea estates. The workers are left high and dry. They are living in a pitiable condition. They have not received their dues." The court's order, following the contempt plea filed by the NGO International Union of Food Association and the Paschim Banga Khet Majdoor Samity, would come as a huge relief for over 300,000 tea garden workers who have been leading a miserable life for nearly two decades. Hundreds have died of malnutrition and the remaining workers in sick and closed tea gardens have been living without rations, drinking water, electricity, schools and medical dispensaries.

The contempt plea had sought action against the owners/ management of these tea estates for refusing to pay the dues despite an earlier directive from the apex court.

Senior advocate Colin Gonzalves, who appeared for the NGO, complained that despite the court's specific directive in 2006, the owners have been refusing to comply, which amounted to contempt of court.

Justice Bobde, heading the bench, said each of the four state governments would have to pay within 60 days a portion of the dues as interim relief.

Gonzalves said this worked out to Rs 127 crore.