Back in Kochi from Chicago! 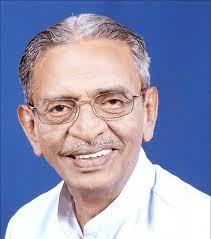 Congrats, congrats, a three times congrats to our erudite, perceptive friend Pamplanil, equally to our versatile Asso. Editor Isaac, for starting a new BIGINNING of CCV with “Christian Concept of Human Sexuality as Sin.”

SIN was the creation of the CLERICAL MAFIA for their maintenance and posh lifestyle without work, not the by-product of Creation or Evolution of humans for their natural claim for heavenly BLISS (Orgasm) in this Vale of Tears! Sex is duty, virtue, forced upon by nature, or creator if there is one.

CCV was originally planned to be WORLD CITIZENS’ VOICE (WCV)! To start off we needed a universal writing board to catch attention. The closest we had was the Catholic Church – Catholic meaning universal, but not. It is very particular and limited, an Oximoron, (Contradiction in terms). We stressed it from the very beginning!

All Humans Brothers Only!

With Francis Papa’s tutti fratelli (we are all just brothers only), proselytization a solemn nonsense and, all religions are willed by God,  slowly we are moving in that right  direction. So CCV  too now is now moving in the right direction. The days of Organized  religions are counted, and ending. Christian Europe is fast becoming Muslim. Need to write volumes to explain on this issue, not now. Had to go Chicago forced by my daughter Santhimol for one month, got prolonged to three months. Left Chicago Aug. 15th, Taliban problem blocked landing in Delhi, so went to Sharjah for refuelling, came back to Delhi following day, missed the flight to Cochi.  The following day got to Cochi, reached Thammanam. But reached! Thanks to the giver of all good things! A real ordeal of someone leading you for sure! As I  live only from dawn to dusk unsure of the morrow, it was no problem for me, as I, a Know-Nothing, have been ready to go at any time from my 60th  year.  For me living is just from Dawn to Dusk, unsure of the morrow. Have donated my body to Kerala Medical College.  But I hope to continue this scribbling till my body permits.

Added to all that is my faulty, rickety laptop broken down there, so had to work with a stepney. For me going to die tmorrow, why waste money on a new laptop, I thought! Till yesterday it was in repair shop! Luckily got it in working condition today, so I am here. Everything that happened, happens and will happen, is for GOOD, they say, if there is a Grand Designer to prove the creation group, I am trying to find that out, only option left to a rational human that I am! How rational? You judge! Happy POST-ONAM! james kottoor, editor CCV, till a more energetic hand takes over.