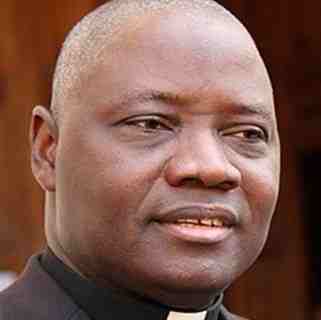 Archbishop Ignatius Kaigama has called on Catholic priests not to reduce Christianity to “marketplace prophecies and visions but rather preserve spiritual sanity and sobriety during Holy Mass.”

In his address, Archbishop Kaigama said that what is expected of all the Catholic faithful, including priests, in their various vocations, is that they should not allow themselves to be tempted by the gospel of prosperity or the so-called prosperity preaching, Vatican Radio reported.

Archbishop Kaigama admonished the faithful that, “At a time when Christianity seems to be reduced to marketplace prophecies, visions and charismatic display of talents and wealth, Catholics must try to preserve spiritual sanity, sobriety and fidelity to our Catholic identity, culture and traditions,” he stressed.

The local Ordinary of Jos then went on to add, “Catholic priests should not succumb to the temptation of importing elements into our Church that promote personality cults for pecuniary advantages or favouring a Christianity that is cheap and focuses on material salvation, prosperity, progress and detests the Cross which is the foundation of authentic Christian spirituality.” He continued, “We must avoid in our Church, melodramatic displays that resemble modern Broadway shows. Those priests who tend to compete with so-called trendy pastors to dream dreams, see visions and utter prophecies are reminded that not all dreams, visions and prophecies and revelations are from God. They are sometimes the products of one’s psychological disposition, brain waves or even as a result of mental fatigue and should not be confused with absolute reality,” the Archbishop warned.

The Archbishop further urged Catholic priests to “avoid flamboyant spirituality and noisy liturgies and instead teach our people the value of contemplative/internalised prayers, simple spontaneous prayers from the heart as well as prayers such as the Angelus, Rosary, Divine Mercy, Stations of the Cross and the meditative reading of the Word of God rather than undue emphasis on psychedelic spirituality.”