ARE WE RESPONDING TO THE CRIES OF THE POOR? 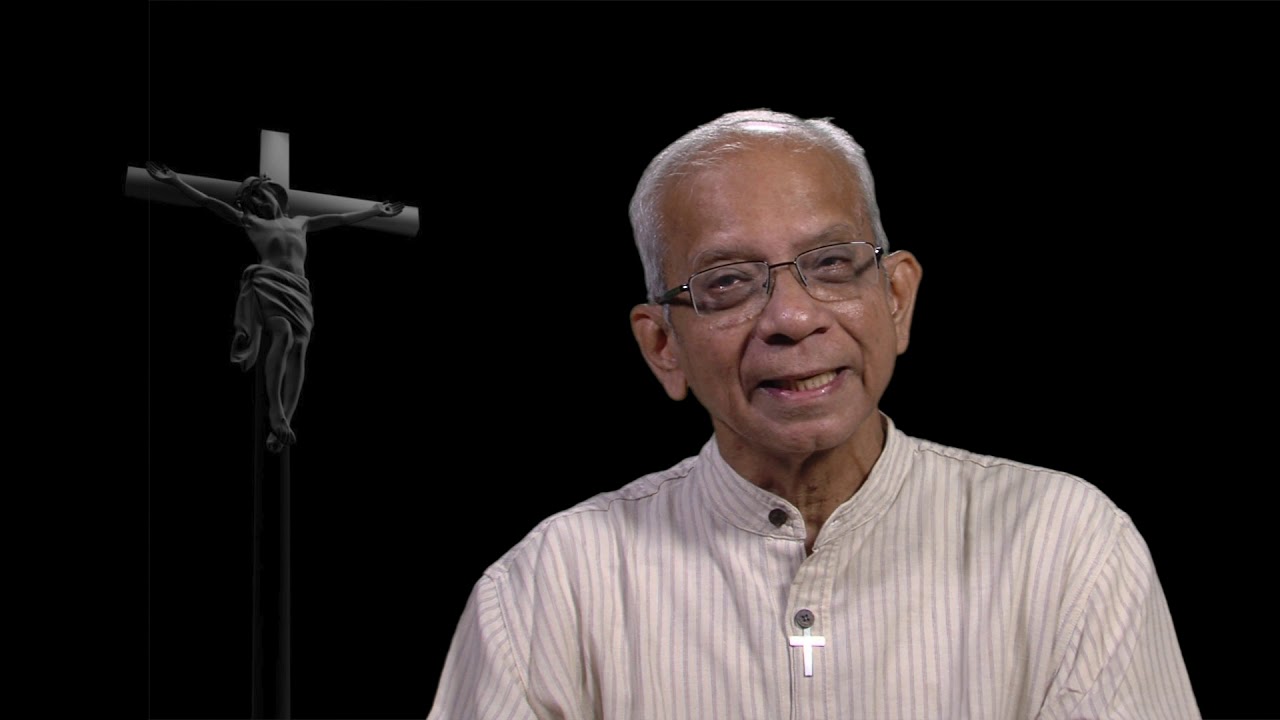 In 2017, Pope Francis dedicated a special day, to be observed by the Universal Church, every year, as the ‘World Day of the Poor’. This year it will be observed on 17 November on the theme ‘The hope of the poor shall not perish for ever’; in a message for the day Pope Francis says, “how many times do we see poor people rummaging through garbage bins to retrieve what others have discarded as superfluous, in the hope of finding something to live on or to wear! They themselves become part of a human garbage bin; they are treated as refuse, without the slightest sense of guilt on the part of those who are complicit in this scandal. Frequently judged parasites on society, the poor are not even forgiven their poverty. Judgment is always around the corner. They are not allowed to be timid or discouraged; they are seen as a threat or simply useless, simply because they are poor”. He adds, “the Psalmist describes with brutal realism the attitude of the rich who rob the poor: “They lie in wait that they may seize the poor… and drag them off in their net” (cf. Ps 10:9). As in a hunt, the poor are trapped, captured and enslaved. As a result, many of them become disheartened, hardened and anxious only to drop out of sight. In a word, we see before us a multitude of poor people often maligned and barely tolerated. They become for all effects invisible and their voice is no longer heard or heeded in society. Men and women who are increasingly strangers amid our houses and outcasts in our neighborhoods”.

On 13 October 2019, Pope Francis canonized Sr. Mariam Thresia (1876-1926) as a Saint of the Catholic Church. A day earlier ‘Vatican News’ said of her, “in imitation of Jesus, she helped the poor, nursed the sick, visited and comforted the lonely people of her parish” According to the records of the Congregation of the Holy Family, which St. Thresia founded, “she worked at a time when women were not encouraged to go outside the home. There were many objections to her work in the beginning; but she persisted and continued her work for poor families. In many ways, she was a social reformer”. Today (16 November), the Church in India celebrated her canonization with her huge function in her native Kerala.

On 23 November 2014, Mar Kuriakose Elias Chavara (1805-71), was canonized a Saint. Apart from founding the Carmelites of Mary Immaculate (C.M.I.), and another one for women, the Congregation of the Mother of Carmel (CMC), St. Chavara was also a great social reformer. He was well-known for reaching out to the poor and played a major role in educating and uplifting people especially from the lowest strata of society. On 4 September 2016, when Pope Francis canonized Mother Teresa (1910-97), he said in his homily, that “her mission to the urban and existential peripheries remains for us today an eloquent witness to God’s closeness to the poorest of the poor”.

Three of the five saints from India: Saints Chavara, Teresa and Thresia were not only personally close to the poor but also founded Congregations which were primarily meant to identify with the poor and marginalized and work towards their upliftment. In their canonization is Pope Francis sending the Church in India a very powerful message: to listen to the cries of the poor, to identify with and to respond to them?

The poor, the marginalized and the excluded (particularly the migrants and the refugees) are the hallmarks of the papacy of Pope Francis. He unabashedly supports them just as Jesus did and would have done today too; he takes sides with the poor; that he chose the name of ‘Francis’, after the ‘poverello’ St Francis of Assisi speaks volumes of where is heart is. When he was about to elected as Pope, his good friend Cardinal Claudio Hummes from Brazil whispered to him, “Don’t forget the poor”. He has never done so – consistently reminding the faithful that to be a disciple of Jesus is to always have “a preferential option for the poor”

It must be acknowledged that the Church, has over the years done considerable and yeomen service for the upliftment and the empowerment of the poor and downtrodden. There has been the whole spectrum of activities: education, healthcare, rural development, social forestry, cooperatives and other charitable works. These services have positively impacted on the lives of millions of people all over the country – particularly in areas where no one dared to go. Priests, religious and laity have selflessly accompanied the poor for a more just and dignified life; some have been martyred because of their engagements with the least, lost and last.

Unfortunately, in recent years the Church in India seems to have lost her moral compass by not demonstrating an unequivocal support to the poor of the country. A few days ago, the ‘Global Hunger Index’ released its report for 2019; India has fallen to an abysmal 102 out 117 countries surveyed falling even eight notches below Pakistan. The poor continue to become poorer in India while a few rich have amassed a scandalous proportion of the nation’s wealth. The Church in India through its various programmes has been speaking of a paradigm shift from the traditional charity-based (doling out; hand-me-down approach) to a more humane and dignified rights- based approach.

Ten years ago in his path-breaking social Encyclical, ‘Caritas in Veritate’ (CV) , Pope Benedict redefined the meaning of ‘charity’ stating in his opening para, “Charity in truth, to which Jesus Christ bore witness by his earthly life and especially by His death and resurrection, is the principal driving force behind the authentic development of every person and of all humanity.  Love – caritas – is an extraordinary force which leads people to opt for courageous and generous engagement in the field of justice and peace.  It is a force that has its origin in God, Eternal Love and Absolute Truth. (CV # 1). He went on to add “in the present social and cultural context, practising charity in truth helps people to understand that adhering to the values of Christianity is not merely useful but essential for building a good society and for true integral human development”. (CV # 4)

An analysis of the Church in India today will clearly show that she is gradually abdicating her primary role and responsibility of being with the poor, taking sides with them and accompanying them towards a fuller and more dignified life. ‘Good works’ today is often relegated to a more secondary role and most often to cosmetic acts or sheer tokenism. Massive infrastructure, scandalous display of opulence and an emphasis on ‘institution’ seems to be order of the day. Wealth and power have taken several clergy and religious away from the essence of their vocation. Educational courses which cater to the elite few (and particularly to the wealthy) have become a priority. The Church lacks the prophetic role to take on the Government for its many anti-poor policies. There is a palpable ‘fear’ of taking sides with poor, of reaching out to them, just in case one rocks the boat of the ‘status quo’. If thousands of poor adivasis, their huts and their lands are submerged by the waters from the Narmada Dam it perhaps does not matter; if impoverished Rohingyas seek refuge in India – and if the Government ‘closes the door to them’, it is perhaps none of the concern of the Church. Yes, there is ‘fear’ – a fear of losing one’s privileges, power, possessions; the Church in India so easily forgets the example that Jesus gives us when he is tempted in the desert: “get away from me Satan!”

Pope Francis in his message for the ‘World Day of the Poor’  makes the reality and our necessary response abundantly clear, “daily we encounter families forced to leave their homeland to seek a living elsewhere; orphans who have lost their parents or were violently torn from them by brutal means of exploitation; young people seeking professional fulfilment but prevented from employment by shortsighted economic policies; victims of different kinds of violence, ranging from prostitution to the narcotics trade, and profoundly demeaned. How can we overlook, too, the millions of immigrants who fall victim to any number of concealed interests, often exploited for political advantage, and are refused solidarity and equality?”

The Church in India can no longer take comfort in and recourse to diplomacy and tact; these are patently wrong and a clear betrayal of the person and message of Jesus. In his  2018 Apostolic Exhortation Gaudete et Exsultate  (On The Call To Holiness In Today’s World) says,“ Equally sacred, however, are the lives of the poor, those already born, the destitute, the abandoned and the underprivileged, the vulnerable infirm and elderly exposed to covert euthanasia, the victims of human trafficking, new forms of slavery, and every form of rejection. We cannot uphold an ideal of holiness that would ignore injustice in a world where some revel, spend with abandon and live only for the latest consumer goods, even as others look on from afar, living their entire lives in abject poverty”. Saints Elias Chavara, Teresa of Calcutta and Mariam Thresia lived their idea of holiness in responding to the cries of the poor. A question we need to ask ourselves: are we responding to those cries today?