Are The Shepherds with Jesus? Jose Paul (Delhi) 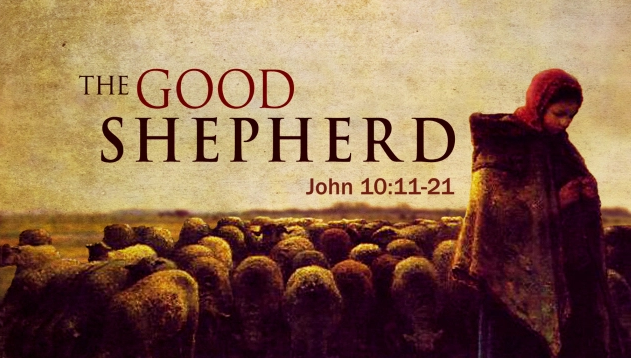 Some days back, when the 70 year old Sister was raped, I happened to read a very meaningful and informative email discussion held by a group of eminent catholic lay and clergy about their thoughts about such things. I must congratulate all of them for expressing their views frankly and sincerely about such matters. Mr. A C Micheal, Sr. Astrid, Sr. Virginia, Mr. Kurian Joseph, Mr. John Dayal, and Fr. Dominic were some of the participants of that illuminating discussion. My valuable learnings from this discussion led me to wander beyond the usual meaning of rape, to understanding rape as the as the denial of human freedom, human right and human dignity and apply this meaning to other situations in the life of people.

The essence of my learnings on rape in these exchanges is

When the dignity of a nun or Priest is violated, if the property of the church is violated, the dormant Church becomes alive and the lay people are ordered to organize protest marches and other forms of protests by the Church authorities (Clergy and other church related organizations). But when the so called shepherds of the Church rape the Church, the bride of Jesus, the church authorities keep quiet as if it is a part of their divine duty to protect their criminal activity. The Archbishop of Delhi ordered the parish priests under him to read out the Joint Pastoral Letter which he wrote in collaboration with the Bishop of Faridabad. It stated that all the Syrian born Catholics cease to be members of his diocese.

For almost five decades, these people have contributed to the growth of this diocese financially, socially, culturally and spiritually. They believed that they were part of the one and only Catholic Church. They were official members with this diocese for past 50 years i.e. from the origin of the Diocese. The letter stated that they have basically no choice about it because they have already became a part of the new Syrian diocese automatically when it was decided to start an eparchy by the hierarchy two years ago. Is it not murdering the spirit of Jesus, His teachings or one more crucifixion of Jesus by the present day Pharisees? These prelates could not give a single difference in the faith of the two different churches. Please clarify whether they are two different Catholic faiths or the same faith. Have any of them got the courage to openly declare that they are of different faith? They created this illegal and meaningless division to break the backbone of Christian faith? Is this not cruel and blatant raping of Catholic Church, the bride of Jesus? True, this pastoral letter is kept in abeyance till further orders. If anybody realized that it was a mistake or evil act, withdraw it boldly as a genuine follower of Jesus and show the courage of a shepherd with the humility as Jesus washed the feet of His followers. Why is it that the Sword should hang over the heads of the faithful? Shed the false pride and be Christ like.

Again, you all know about the "Pure blood” Catholics of the Kottayam diocese. The latest is that the two bishops of Knanaya Catholics and the Syrian Major Archbishop together decided to enter into the bedrooms of Kanaya Catholic couples. They allow the couple to enjoy their conjugal love life but to separate them in their religious life. This is not because that their faith is different. Their argument is that the faith may be the same but their blood groups are not the same. You have different blood. One pure (High quality) and the other have impure (Low quality). You can have same faith but can’t have same church. A circular to this effect has been given to the people of this diocese in every part of the world. The Statement of this Bishop state “If a knanaya boy of girl marries a non-knanaya Catholic spouse, the non- knanaya spouse and their children from that family do not have the pure blood and thus they will not be a part of the Knanaya parish. But the knannaya spouse must remain in the original diocese and the spouse and the children must go to a different diocese. If such actions are not rape of Catholic Church, the bride of Jesus, then what else is the violation of the virginity of the Catholic Church?  Who are the rapists in these cases which degenerate the whole of Jesus’ teachings. According to these prelates, human rights, human dignity or Christ’s teachings are not effected by their criminal actions. When such dirty rapes are taking place within the church itself, no C.B.C.I or its spokesperson will open their mouth. Is it not a shame that not even one of these Shepherds, out of 170 of them, wearing the episcopal cap do not have the courage to stand for Christ or stand with Him?

Christian organizations of lay people such as legion of Mary, Vincent de Paul society, Sodality. Jesus youth, Catholic Students unions, Catholic Young Men’s Associations, Catholic Mothers associations and every one of us individually are duty bound to help fight the outside enemies who are threatening the Church or its faith in any form. But they have also a duty to Jesus and to their own conscience that they come forward to cleanse the leprous germs from inside the Church also.  Human Rights Commission and others are duty bound to make these religious and spiritual veterans like the Bishops or the C.B.C.I aware of the illegality and criminality of their actions. What they are doing is against human dignity, human freedom and human rights. Our Catholic Hierarchy C.B.C.I or its Chairperson, C.C.B.I or its chair person,  K.C.B.C or its chairperson,  all the of the magazines or weeklies and publications  where there is a clergy member is in the editorial board sponsored by clergy and above all 170 Shepherds in the country are all keeping absolute silence on these criminal actions of our Rev. shepherds. Do they understand that there are sins of commission and omission in the Court of our Father. Acting like the three monkeys covering their ears, eyes and mouth will not wash away the crimes. The silence will make them also partners in the crime. Could this collective silence be called gang rape of the Church?  First and for most, we must clean up our own stables before we try to find dirt in outside agencies, groups, and religious groups…

I am not finding fault with anybody. I am just bringing to your notice that violation against the Church is not merely violation against priests, nuns, Church buildings and church related properties. We the lay people also are part of the Mystical body of Christ. We form the Bride of Jesus. We should not allow ourselves to be raped by the rapists amongst us pretending to be our guides and shepherds or by outside agencies. Wishing all the best to all those bishops, priests, nuns, brothers, and lay people who are working for Jesus and with Jesus.  Let us call a spade a spade. This is a call for all those who are on the side of Jesus, lay people, and the religious people alike. Together we can glorify our Church the Church of Jesus and bring His Kingdom come here on earth.