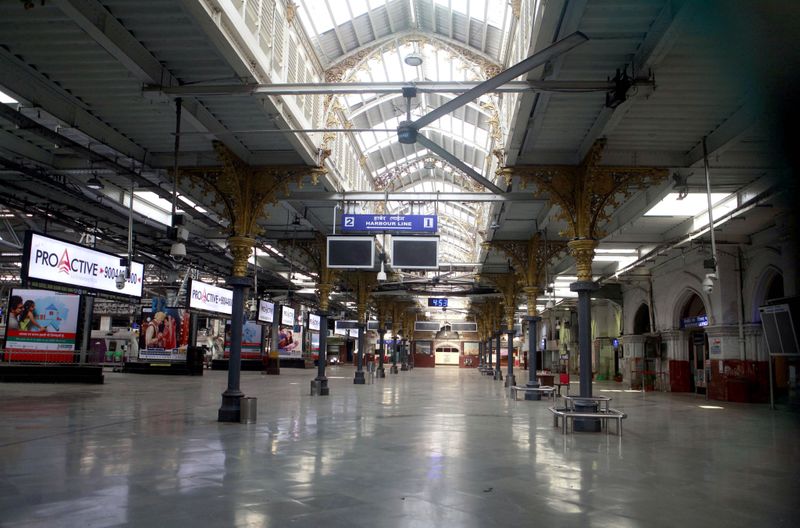 Cover photo: A deserted view of Chhatrapati Shivaji Maharaj Terminus amid nationwide lockdown, in Mumbai. Prime Minister Narendra Modi has extended a nationwide lockdown through May 3 as India steps up its fight to contain the spread of the coronavirus among its 1.3 billion people.Image Credit: ANI

In the midst of the lockdown, Tuesday April 14, 2020, was indeed a very special day for India! It was a day that certainly brought into focus the grim realities and difficulties which “we the people of India” are currently facing due to the pandemic, but it was day on which we also had the opportunity to realise how serious things are in the country, on other equally important and critical fronts. The day also threw up positive possibilities for emulation, for celebration and for change! Let’s have a glimpse into that day:

April 14, 2020: Birth anniversary of Dr. Babasaheb Ambedkar. This great visionary, who was born in 1891, contributed immensely to the country. He was an economist, jurist, social reformer, politician and scholar par excellence. Ambedkar was against every form of discrimination and fought relentlessly for the rights of Dalits and other underprivileged sections of society. As the main architect of the Constitution of India, he left no stone unturned to ensure that we have a Constitution based on justice, liberty, equality and fraternity of all. In his last speech to the Constituent Assembly on 25 November 1949, he emphatically said, “We must make our political democracy a social democracy as well. Political democracy cannot last unless there lies at the base of it, social democracy.” More than at any time else, India desperately yearns today for an Ambedkar in her midst.

April 14, 2020: New Year Day! It is a day on which we once again celebrated India’s cultural diversity and rich pluralistic traditions. It was ‘New Year’s Day’ for so many different people of our country; it was ‘Puthandu’ for the Tamils; ‘Poila Boishakh’ for the Bengalis; ‘Bohag Bihu’ for the Assamese; ‘Pana Sankranti for the Odias; ‘Vishu’ for the Malayalees. It is the first harvest festival for several in Northern, Eastern and Southern India. This year however, the pandemic was a great dampener; nevertheless the prayers of all, were for a brighter year ahead.

April 14, 2020: Baisakhi! Though it began on the previous day, it continued on to the next. A true festival of spring celebrated both by the Hindus and Sikhs in Punjab.  It also marks the solar New Year. For the Sikhs, it is the day on which the Khalsa way of living was born. The festival commemorates the formation of the Khalsa panth of warriors under Guru Gobind Singh, the tenth Sikh guru, in 1699. Significantly, be it to the protestors in Shaheen bagh earlier or now to the migrants affected by the pandemic, the Sikhs have been reaching out with love and generosity to those who are most in need, through their ‘langars’ and other acts of charity. 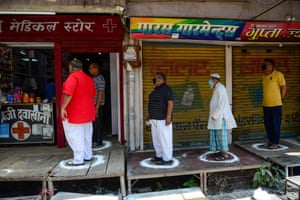 April 14, 2020: The Prime Minister spoke! Once again and for the fourth time since 19 March. PM Modi told the nation that the lockdown would continue till 3 May! He congratulated all for their efforts and said that all should observe a seven-point programme. The address was high on rhetoric and emotion (Modi is a master speaker in Hindi and knows how to garner empathetic support).However, his words woefully lacked substance and a direction for a nation in crisis. There was no plan to deal with the millions of migrant workers who are stranded all over the country because of the sudden lockdown from the night of 24/25 March; there were no plans for the small farmers or for that matter the SMEs; not a word of increasing the Testing Centres or for the procurement of testing kits or ensuring that the Doctors, nurses and caregivers would be protected and kept safe with the necessary Personal Protection Equipment (PPEs) and other medical safeguards. Again no mention of other vulnerable groups, be it the police personnel on duty or for that matter the old and sick, women and children. (Ha! the people of India were told that they had to respond to those in need!). No direction to the Banks or other financial institutions. Above all in the interest of transparency, the PM should have told the nation how much money has already been collected in the special fund he has created and for the purposes it is being utilized for at the moment. In short, it’s the people’s responsibility only!

April 14, 2020: The Surrender of Human Rights Defenders. Gautam Navlakha and Anand Teltumbde surrendered to the National Investigation Agency (NIA) on blatantly fabricated charges in the context of the Bhima-Koregaon violence of January 2018. Some others are already in jail on similar charges. Both wrote open letters before their arrest. Teltumbde said, “at the fag end of my life, I am being charged for the heinous crime under the draconian Unlawful Activities (Prevention) Act. An individual like me obviously cannot counter the spirited propaganda of the government and its subservient media. The details of the case are strewn across the internet and are enough for any person to see that it is a clumsy and criminal fabrication”. In his letter Navlakha wrote “I can now begin to face the actual legal process, which accompanies cases where provisions of Unlawful Activities (Prevention) Act are invoked. Such Acts turn the normal jurisprudence upside down. No longer is it the axiom that “a person is innocent unless proven guilty’. In fact, under such Acts, “an accused is guilty unless proven innocent”, Draconian provisions of UAPA are not accompanied by stricter procedures regarding evidence, especially electronic, considering the stringent punishment provided for under the Act; the procedures, which otherwise provide tighter rules regarding evidence, are instead made elastic, Under this double whammy, jail becomes the norm, and bail an exception. In this Kafkaesque domain, process itself becomes punishment.” Navlakha and Teltumbde together with the others languishing in jail, are symbols of resistance in India; of people who are determined to preserve all that is sacred and good in the country. At the same time, it shows the abysmal levels those in power can stoop to and how pliant the judiciary has become today.

April 14, 2020: Freedom of Speech Throttled. Well-known journalist and the founding editor of the web portal ‘The Wire’, Siddharth Varadarajan was expected to appear in Ayodhya after an FIR was filed against him. The Uttar Pradesh police had booked Varadarajan earlier this month over comments on twitter, claiming that the day the Tablighi Jamaat event was held in Delhi, Yogi Adityanath had insisted that a Ram Navami fair will take place as usual. The FIR also mentioned his remark questioning Yogi Adityanath's participation in a religious ceremony at the Ramjanmabhoomi site in Ayodhya during the nationwide lockdown to contain the spread of coronavirus. More than 3,500 leading media personalities and others from civil society released a powerfully-worded joint statement condemning the action of the UP police, stating that ‘The Wire’ could not be charged as it had done an "entirely factual story on COVID-19 and religious events”. The statement went on to add, "This attack on media freedom, especially during the COVID-19 crisis, endangers not just free speech, but the public's right to information." Because of the lockdown, Siddharth expressed his inability to be present in Ayodhya, so in a last moment ‘saving-their-face’ act the UP authorities agreed to accept his side of the story by email. The case is not yet closed!

April 14, 2020: The Plight of Migrants. Thousands of migrant labourers congregated at the Bandra Railway Terminus in Mumbai hoping that some trains would be made operational to take them back to their towns and villages in northern and eastern India. It was indeed a pitiable sight to see the footage on the electronic and social media: despair and starvation written on their faces. Ever since Modi first announced the national lockdown with just about a four-hour’s notice on 24 March, the plight of the migrants issue has been a ticking time bomb. Rail and public transportation is suspended. They are far away from their homes with no work, no food and without any daily wages. Some of them began a long, long walk of hundreds of miles with their meagre possessions, a few days ago. That they gathered at the railway station in such large numbers, desperate to go home, is indicative of how difficult the road ahead is going to be for those, who are literally the ‘life-line’ of our nation.

April 14, 2020: Easter Tuesday for the Christians. The Gospel of today reminded us of the encounter which Jesus has with Mary Magdalene outside the tomb from which he has risen. He commissions her to be the one to give the “good news” to the others. Good news of hope and newness.  In the Gospel we are told “Jesus said to her, “Stop holding on to me, for I have not yet ascended to the Father. But go to my brothers and tell them, ‘I am going to my Father and your Father, to my God and your God.’ “Mary went and announced to the disciples, “I have seen the Lord, “and then reported what he had told her.”A clear call to each one of us to witness to good and to do good!

April 14: Another time, Another Century.  On 14 April 1865, Abraham Lincoln, the sixteenth president of the United States, was shot at in a theatre, whilst watching a play. On 14 April 1912, the famed unsinkable ship ‘The Titanic’ hit an iceberg in Newfoundland. The rest is history! Important lessons for all of us today!

But are we listening and learning to what 14 April 2020 has to teach us, as a people and a nation? Gautam Navlakha, ends his letter (mentioned above) with the words of Bob Marley, the Jamaican singer, songwriter and musician

Note:  The views expressed are exclusively those of the writer.