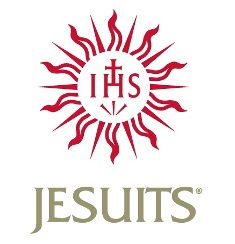 New Delhi: Asian Jesuits engaged in dialogue with Muslims want their congregation to pay more attention to the prevailing anti-life culture in the world.

“Radicalism, fundamentalism, intolerance and culture of violence spin a web of anti-life culture around us. We have not focused our attention sufficiently on these issues,” said 13 members of the Jesuit mission among Muslims in Asia (JAMIA) after a three-day meeting in Delhi. They represented two Jesuit groupings in Asia.

The December 19-21 meeting was convened by Father Heru Prakosa, a member of an expert committee that advices the Jesuit superior general on the congregation’s relations with diverse religions.

“Our Mission calls us to deepen our understanding of all these phenomena from social, cultural, political, and religious points of view and explore possibilities to restore justice filled reconciled and harmonious world,” the participants said in a statement.

They also saw an urgent need to set up a think tank to take this mission forward.

During the meet, the Jesuit dialoguers shared their experiences and concerns especially over their work among Muslims in Asia They noted that their works touched upon all important aspects of dialogue such as theological reflection on Christian Muslim relations and initiatives in political dimension to restore peace and harmony.

They also try to inculcate in young people respect for diverse faiths and inspire them to protect diversity, besides taking a keen interest in spiritual dimension of dialogue with Muslims.

One of the challenges the participants face is the Muslim tendency to mix Christians with the Western society. “They do not adequately distinguish between the western society that is post-Christian in its texture and the Christian faith that is lived differently in different parts of the world.”

The Jesuit dialoguers noted that Christians in Asia shared with their co-believers’ disapproval of certain negative characteristics of western culture such as individualism and capitalism. “There is an urgent need to articulate and live out a Christian way of life that emphasizes harmony and common good,” the statement asserted.

Jesuits of Asia, the dialoguers asserted, have to continue to explore and develop contextual theologies that help them reach out to diverse faiths and believers. This is all the more necessary when religious fundamentalism takes the form of Puritanism that ignores the connection between faith and culture.

Another challenge is to foster dialogue between two groups of Catholics, one open to dialogue with Muslims and another that continues to harbor hurts, biases and suspicions about Islam. Bridging the gap will help Christians become more effective witnesses to Christ’s love among all peoples, the meeting said.

Eight of the participants came from the Jesuit Conference of South Asia and five from its counterpart in Asia-Pacific region.

The meeting helped them realize that they are not sufficiently connected with one another. “It is important to bring together and learn from one another from all those who strive for conflict resolution, peace building, advocacy, education, training, social action, theological and spiritual studies,” the participants agreed.

They also detected “a serious disconnect” between the faith and justice that was stressed by Jesuits 32nd General Congregation held in mid 1970s. They called for more sensitivity to ‘culture and interreligious dialogue’ in later meetings.