Another Indian priest faces misconduct allegations in US 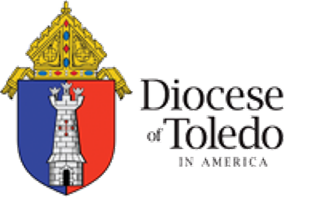 Toledo(Matters India): A Catholic diocese in the United States has placed an Indian priest on administrative leave for alleged but unspecified misconduct.

The Diocese of Toledo on Friday announced that Bishop Daniel Thomas took action after learning of an unspecified allegation against Fr Samuel Punnoor.

The priest came to Toledo in April 2011 from Pathanamthitta Syro-Malankara diocese in the southern Indian state of Kerala and worked in several parishes, reports toledoblade.com.

A statement published in the diocesan website on May 22 says Fr Punnoor violated “Appendix A: Diocese of Toledo Code of Pastoral Conduct.” The appendix explain how priests, deacons, pastoral ministers, administers, staff and volunteers of the diocese should behave in public and in private.

The appendix stipulates that Church workers should uphold Christian values and conduct. The code provides a set of standards for conduct in certain pastoral situations.

The code notes that the public and private conduct of Church workers could inspire and motivate people, but it can also scandalize and undermine the people’s faith. “Clergy, staff and volunteers must, at all times, be aware of the responsibilities that accompany their work,” the code says.

It also clarifies that the responsibility for adherence to the code rests with the individual. Those who disregard the code will be subject to remedial action by diocese or its institutions.

Corrective action could range from a verbal reproach to removal from the ministry depending on the specific nature and circumstances of the offense and the extent of the harm.

The statement said the Toledo diocesan authorities were alert about the allegation against Fr Punnoor on May 6. However, Fr Punnoor was on home visit in India from April 26 to May 21. The diocese immediately reported the matter to Lucas County Children Services, the civil authorities.

After Fr Punnoor’s return to Toledo on Thursday, Bishop Thomas and diocesan officials met with him the following day and removed him from ministry.

While on administrative leave, Father Punnoor is not permitted to exercise public ministry, administer Sacraments, wear clerical attire or present himself publicly as a priest pending the outcome of ongoing civil and ecclesiastical investigations.

The statement, however, clarified that the diocese has never before received any such allegation regarding Father Punnoor.

Father Punnoor, it explained, had produced a letter of suitability from his bishop in India and that he had passed the necessary background checks and successfully completed the required safe environment training.

In addition, Father Punnoor has served as a faculty member at Central Catholic High School, Toledo (September 2011-May 2012) and assisted periodically with Masses at Historic Church of St. Patrick, Toledo and Immaculate Conception Church, Toledo (May 2012-June 2013).

The diocese has informed the parents and guardians of the students of Most Blessed Sacrament and Saint Joseph schools, as well as Central Catholic High School regarding the allegation against Fr Punnor. It has also instructed Most Blessed Sacrament, Corpus Christi University and Saint Joseph parishes to announce the action against the priest during Masses on May 23 and 24.

The Syro-Malankara officials in India said the Church’s exarchate in the US will handle the matter.

At present the exarchate has 15 parishes and a few mission stations in America where around 10,000 Syro-Malankara Catholics live. As many as 17 Malankara Catholic priests work in the Exarchate while 16 others serve in different Latin Catholic dioceses in the States. The exarchate has 34 Religious Sisters who are in three Bethany convents and seven Daughters of Mary convents.

The action against Fr Punnoor came on the same day when another Indian priest pleaded guilty of sex crime in another part of the United States.

The priest, who was originally from Ooty diocese in southern India, had worked in Minnesota dioceses in St. Paul and Crookston.

Fr Jeyapaul filed a petition to enter a guilty plea in one of the cases, in which he is charged with fourth-degree criminal sexual conduct. A sentencing hearing has been scheduled for June 15.