Andy Burnham: ‘judgmental’ popes made me drift away from the Church 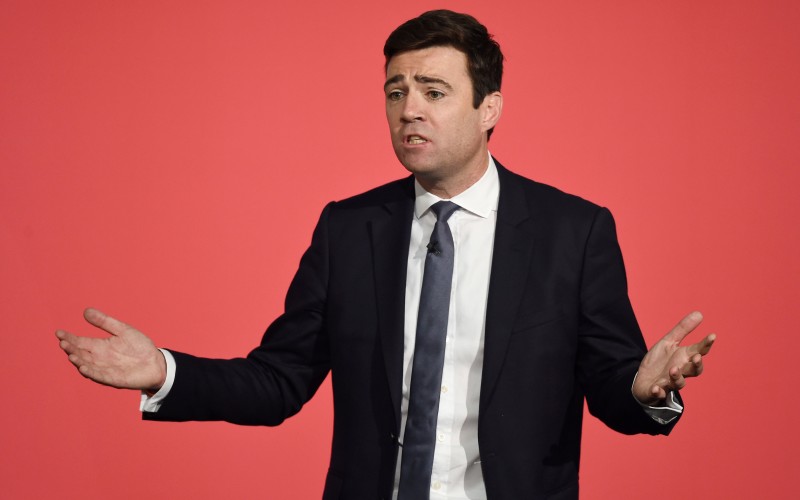 (In the pic: Labour leadership contender Andy Burnham during a hustings in Nottingham (PA)

Andy Burnham MP has said he drifted away from the Church because of its teaching on sexuality.

Burnham, the Shadow Health Secretary, discussed his Catholic upbringing and his current attitude to the faith in an interview with Huffington Post UK.

When asked about Church teaching on issues such as same-sex marriage and contraception, he said: “I find that quite difficult because if I think of the Church of my youth, and the priests that I knew, the feeling and overriding mood was quite forgiving really, quite humane, humorous, irreverent, even the priests.

“That’s my memory of the Church that I grew up with. And it seemed at some point with the change of popes to click into a more judgmental mode and became much more obsessed with sexuality and issues related to sexual behaviour. And in that period, I drifted more and more away and Ratzinger said he wanted a ‘smaller, purer’ Church, which I found quite terrifying actually.

“I did feel that those years were difficult ones but I have high hopes for the new Pope. A humble man with great warmth and a fantastic character. When the vote [in favour of same-sex marriage] happened in Ireland recently I did hope that it might be a moment for him to move the Church on. I still live in hope.”

Although he is in favour of same-sex marriage, Burnham has previously been criticised for voting for an amendment to the law that sought to ensure a father was always named on IVF registrations. He said he found it hurtful to be accused of not being committed to supporting gay rights.

“Because of my background, when I voted it always caused a kind of tension in terms of people I know, friends, family, so I do find it fairly hurtful when people accuse me of lacking commitment,” he said.

Earlier this year, he said he sacrificed family and Church relationships due to his support for same-sex marriage.

Burnham told Huffington Post UK that he was “Catholic by upbringing” and that “Catholic social teaching underpins his politics”, but said that he was “not particularly religious now”.

“My kids go to a Catholic school, so I still believe in the values and the grounding it gives you, I’m a very big believer in that,” he said.

He said he had to read the catechism at school, adding “it is powerful, strong and right”.

The Labour leadership election is being contested by Burnham, Yvette Cooper, Liz Kendall and Jeremy Corbyn. The latest YouGov opinion poll for The Times shows left-winger Corbyn has surged ahead of his rivals with 53% support, with Burnham second on 21 per cent.

Ballot papers are being sent to party members on August 14.