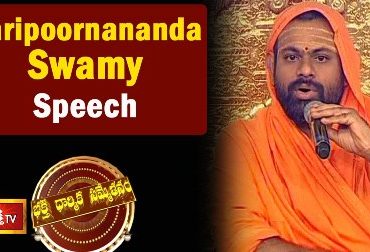 The Archbishop of Hyderabad, Most Rev. Thumma Bala, President of Telugu Catholic Bishops Council (TCBC) and also the Co-President of Federation of Telugu Churches (FTC), condemns the derogatory and false allegations made by Swami Paripoornanda Saraswathi, the head of Sreepeetham at Kakinada in A.P., against Saint Mother Teresa in a programme telecast in a Regional News Channel on 22nd September, 2017.

Speaking at the programme, the Swamiji commented that Mother Teresa has illegally trafficked 50,000 women to work as nuns after converting them to Christianity. He also commented that Mother Teresa did not deserve the country's highest honour 'Bharat Ratna', which was awarded to her in 1980 by the Government of India. Is it not an insult to the Nation and President of lndia, who has recognised her services to the poor and needy destitutes, terminally ill, lepers, abandoned old and suffering people and conferred the honour on her?

Saint Mother Teresa's services were acknowledged world over and she had been already awarded Nobel Prize in 1979. At present there are 5,161 MotherTeresa's Sisters in 750 Houses working in 139 countries. The comments made by Paripoornananda Swamiji were uncalled for, as the subject of discussion was something else. There was no need for Swamiji to bring the names of Pope and Mother Teresa. Undoubtedly the derogatory remarks and accusations on Mother Teresa by Paripoornananda Swamiji have not only deeply wounded the hearts and sentiments of Roman Catholic Church and Christian Community but also of people of all Regions and Religions, who revere her as Saint and Mother of the Poor and Suffering.

The purpose of this Press Release is not to hurt anyone's feelings but to condemn and stall the attempts of Paripoornananda Swamiji and other like-minded people who try to bring rift and division in the secular society in the name of religion. Following the footsteps of Jesus Christ, we hold Paripoornananda Swamiji forgiven in this regard. While doing so we wish to remind Paripoornananda Swamiji and the religious leaders of all Faiths that the primary duty of any Religious Leader is to foster Peace and Communal harmony in our pluralistic Country and safeguard secularism and religious freedom guaranteed by our Constitution.

The Archbishop of Hyderabad, Most Rev. Thumma Bala, President of Telugu Catholic Bishops Council (TCBC) and also the Co-President of Federation of Telugu Churches (FTC), appeals to the State Governments of Andhra pradesh and Telangana to take necessary steps and assure that such incidents are not repeated in future.