America’s splendid Isolation! Twenty minus One 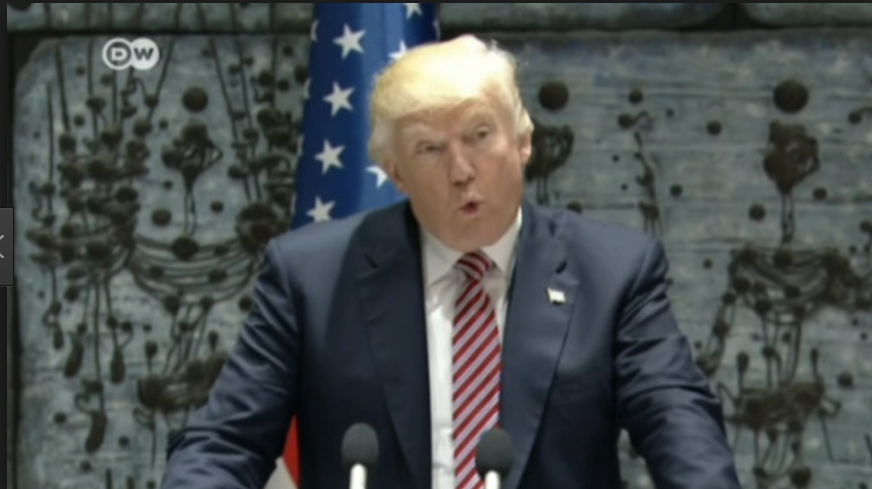 (Note: America which was always on the top of the world now stands in splendid isolation, one against 19 industrialized nations, G-20 has become G-19. Two most pressing concerns of the world are climate and trade. Trump is boycotting both.

“I was elected to represent Pittsburg not Paris”, was the reason he gave. “Our world has never been so divided,” was the response of the French president, Macron, the youngest member of the group. The war of words is sure to lead to a war of deeds. But let it not lead to: “We are prepared to take up arms if need be,” as some one in the group has reacted. james kottoor, editor).

America has gone off at a tangent. Quite the most resounding message from the G-20 summit in Hamburg was the distinct isolation of the country in terms of its traditional leadership in world affairs. Donald Trump has ploughed a lonely furrow, effectively reducing the group to what has been fashioned as G-19.

More accurately, the Hamburg declaration has been inked by the truncated group. Within six months of stepping into the White House, he has altered the parameters of international relations, most importantly with regard to climate and trade. The US was conspicuously alone on the issue of climate change, where the 19 other members agreed to move ahead with the Paris agreement to reduce greenhouse gas emissions. By refusing to sign the pact, America has defied the world, and Trump's iteration of rhetoric ~ “I was elected to represent Pittsburg not Paris” ~ will cut no ice.

The US position has been highlighted in the official communiqué issued at the conclusion of the meeting. Trump has not been able to check the forward movement, however.The President's obduracy on the two dominant issues has been greeted with a sense of dismay generally, pre-eminently by Angela Merkel, Chancellor of the host country, and Theresa May.

“Our world has never been so divided,” was the reaction of the French President, Emmanuel Macron, who has signalled his intent to convene another climate change summit in Paris in December. The two major issues for the meeting were trade and climate-change and it was recognised that the US was not going to change its position. No less striking was Trump's condescension.

During the meeting on climate-change, he left for his one-on-one with Vladimir Putin, and daughter Ivanka stepped in for her father at the high table. Almost incredible has been the indifference of the US President when the planet has to countenance a welter of challenging issues. His promise to help countries access clean fossil fuel has reportedly infuriated environmentalists. In the aftermath of 'G-19', there is little doubt that America stands in unsplendid isolation.

President Trump's perception of international trade could trigger a confrontation with Europe, if the intial response of the European Commission president, Jean-Claude Juncker, and the Italian Prime Minister, Paolo Gentiloni, is any indication. The scenario could exacerbate if the US President reinforces protectionism and imposes restrictions and new targets on steel imports. Fears that the fresh cache of tariffs might provoke a global war are not wholly unfounded.

The plot thickens with Juncker’s warning that “We are prepared to take up arms if need be.” The Italian PM’s caveat that “we cannot waste this moment of recovery” can be contextualised with the general economic downturn in Europe. A possible trade pact between Trump and Theresa May will make no difference to the persistent blight.