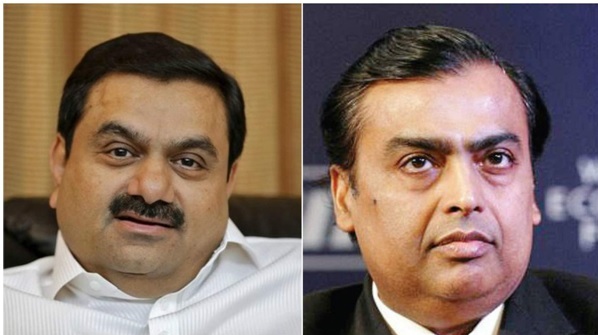 (Note: Already there has been widespread talk in the town, that Modi Government’s close associates knew about the demonetization quite ahead of the actual announcement and they whitened all their black money.

In another previous post and editorial comment we (CCV) pointed out that from the moment Modiji started changing or modifying his first announcement on the 9th it was almost certain for us that the decision to implement the plan was taken in haste without much consultation and it was taken by one or two people at the top of the establishment. Modiji is not a person who changes his given word too easily, once he became the PM.

Of course during the election campaign – and all parties exaggerate to make a brownie point over the opposing battalion – parties exaggerate statements and allegations without solid basis to impress the listeners. When Modiji said he would deposit Rs 14 lakhs or so in every Indian’s bank account most took it only in that spirit. Constant headache is a serious problem for many. For that will any doctor prescribe decapitation as the ultimate remedy? james kottoor, editor).

There has been talk about Adanis and Ambanis having known about the currency demonetisation in WhatsApp groups. Now it appears that it’s not just talk among the common men but even among the ruling party’s own. Also Read: Seven days, seven changing decisions. What next?

Video footage has emerged on the internet in which a BJP MLA from Rajasthan has been of Rs 500 and Rs 1,000 notes before it was implemented on ninth of this month.(Video source: Aam Admi Party youtube channel)

Bhawani Singh Rajawat, BJP MLA from Rajasthan’s Kota in the conversation says, “Adani, Ambani and others knew about it (demonetisation) beforehand. They were given a hint and they had made arrangements accordingly. You (government) should have printed the new currency as per requirement.”

(We publish below what the New Indian express did on Not.16/16)

It has been a week since Prime Minister Narendra Modi’s press address about making Rs 500 and Rs 1,000 notes illegal. And the rush and confusion among the public still continues, prompting the government, seemingly unprepared for the fallout, to take decisions one day at a time. Makes one wonder whether the government has been revising its decisions only after gauging the reactions of the aam janta. Here’s a list of the seven major decisions announced in the past seven days by the Government and the Reserve Bank of India:

8th November:  Prime Minister Narendra Modi announces that Rs 500 and Rs 1,000 notes will cease to be legal tender, and that the old currency notes can be exchanged or deposited in banks. The announcement said up to Rs 4,000 could be exchanged, Rs 2,000 could be withdrawn from ATMs and any amount could be deposited, with a Rs 10,000 cap on withdrawal at the bank counter, in a day.

10th November: After being shut for a day on 9th November to prepare for the disbursal of the few remaining denominations of legal tender, banks were asked to remain open for public on Saturday, November 12 and Sunday, November 13.

11th November: The Finance Ministry extended the deadline for using demonetised notes till November 14. The demonetised notes can be used for payments towards utility bills by individuals for arrears and electricity bills, it said, however no advance payments will be allowed using old currency. Payment of court fees and at consumer cooperative stores with the ID proof of customers can also be made using the demonetised notes till November 14, it added. Apart from this, road minister Nitin Gadkari announced that no toll charges on national highways would be collected till midnight of November 14.

12th November: The government announced that new Rs 1,000 notes would be out soon with enhanced features. The announcement of Rs 50 notes to be dispensed at ATMs also started doing the rounds on this day.

13th November: The limit for exchange of notes over the counter had been increased from the existing Rs 4,000 to Rs 4,500. The daily limit on withdrawal from ATMs was increased from the existing Rs 2,000 to Rs 2,500 per day in the recalibrated ATMs. Other ATMs were to continue dispensing Rs 50 and Rs 100 bank notes. The weekly cap of Rs 20,000 for withdrawal from bank accounts was increased to Rs 24,000 and the daily limit of Rs 10,000 per day was withdrawn.