(Note: The headline tells it all. Peace loving with high scientific thinking and simple living Kalam was a sacred “Tilak” on the forehead of India. He was unparalleled among Presidens of India with more similarities to the first president Radhakrishnan and the father of the nation Gandhiji uniting all in loving embrace and inspiring the young to dream big and leap for the moon. Therefore he was called the Missile Man.

May he live for ever, he surely will, especially his admonitions and examples. Most relevant for our times is his saying, that religion is a way of making friends, not a fighting tool. The 10 quotes by APJ Abdul Kalam are just a random pick. May they move and motivate you to soar high intellectually, spiritually and scientifically. james kottoor, editor,ccv. 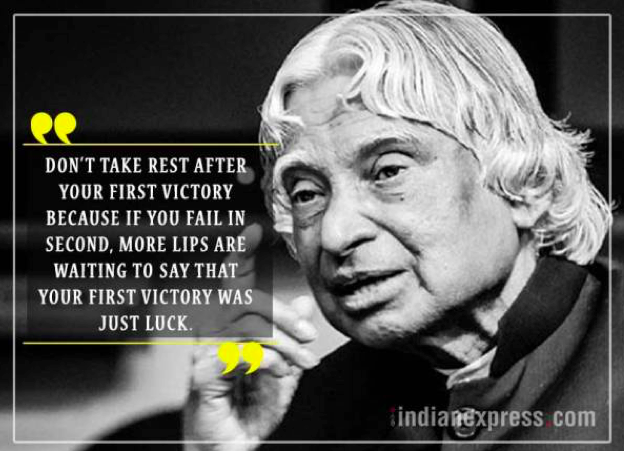 1 / 10 Avul Pakir Jainulabdeen Abdul Kalam, lovingly known as APJ Abdul Kalam, was the former president of India and is an inspiration for millions across the globe. Born and raised in Tamil Nadu, he studied aerospace engineering and spent years working as a scientist. His contribution in the development of ballistic missile and launch vehicle technology earned him the title of the Missile Man of India. In July 2015 he collapsed while delivering a lecture and passed away on July 27. However, his words remain relevant and inspiring even to this day and the books written by him like Wings of Fire and Ignited Minds, among others, continue to motivate us. 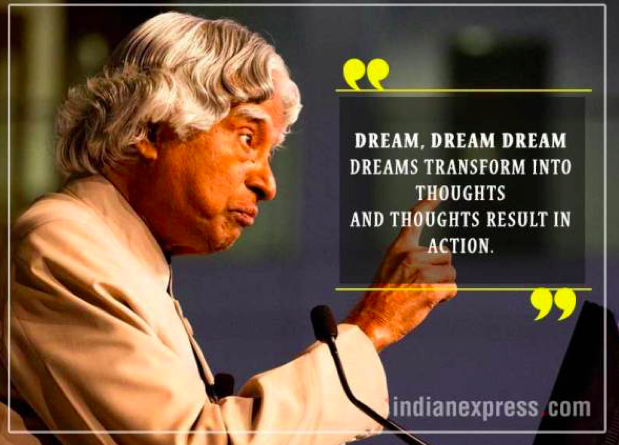 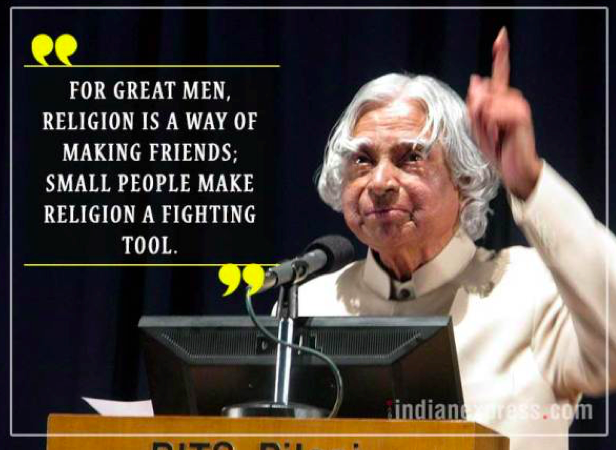 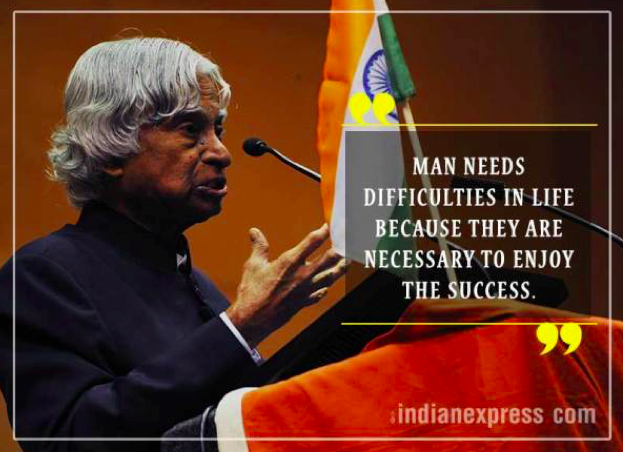 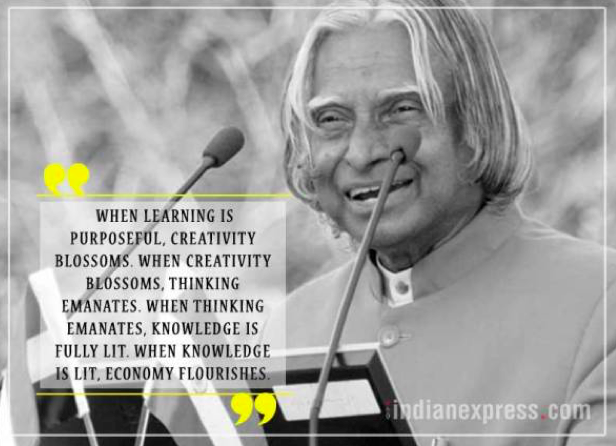 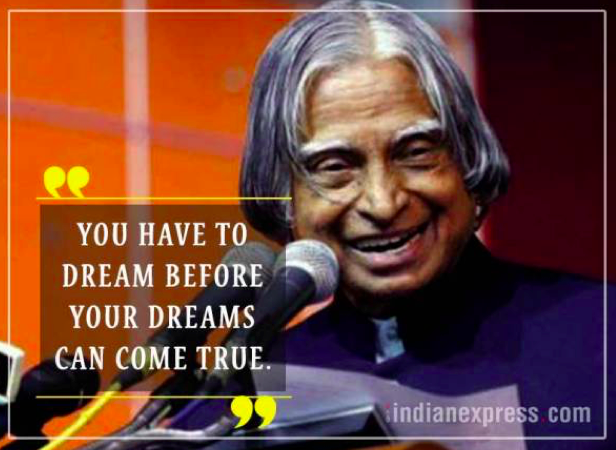 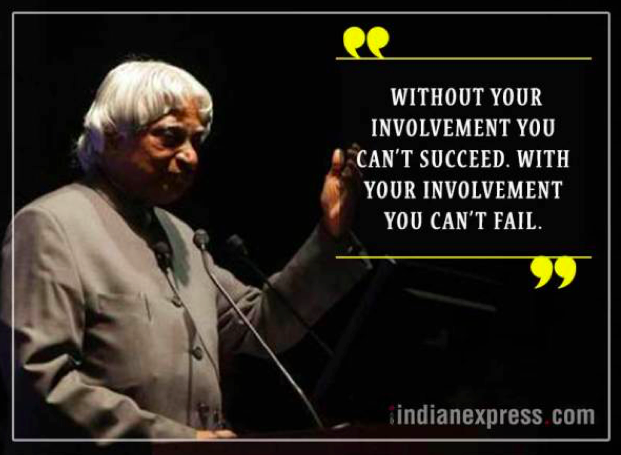 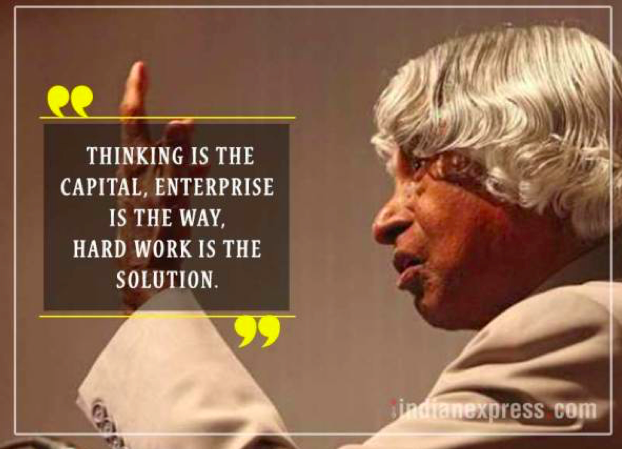 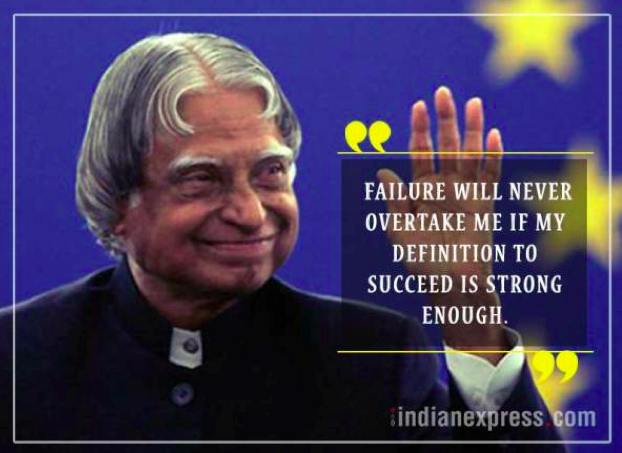 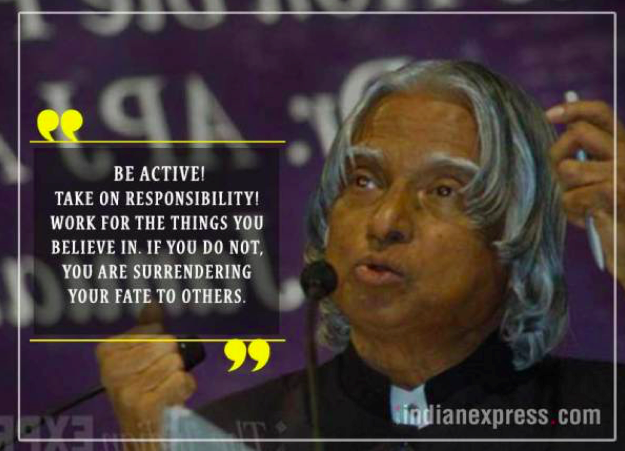