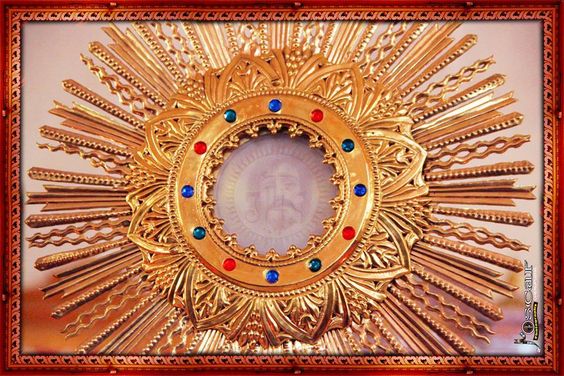 How Holy is the Church in India

(Note: On February 24, 2016 Archbishop Leo Cornelio of Bhopal said in a statement to Ucanews that the government should formulate "measures to eradicate" unemployment among Christians so "that the trust and confidence can be formed among the (religious) minority community."

It is to be seen how much heed the Government of India pays to the request of the Archbishop to reverse a rising unemployment rate among Christians. For Christians constitute approximately 2.3% of India’s population.  As such their opinion hardly matters to seat or unseat any government at the centre. It is in this vulnerable background that the Indian Church, instead of pleading to the government, should come forward in collaboration with the Laity, to take care of its own flock, by the creation of our own database of families in each parish in diocese. This will help each parish identify the faithful who are in need of help – financial or otherwise.  Arrangements can then be made to give them financial aid or vocational training with the help of professionals (which can be culled from the family database) in different parishes.

For this the temporal goods of the Indian Church should be used for development of the human capital instead of asking the government to bail it out. The Catholic Church in India owns the largest chunk of non-agricultural land, and is known as the second largest employer after the Government of India (Ref. Telegraph Calcutta Wednesday , August 26 , 2009).  It’s annual budget equals that of the Indian Navy but the Catholic community has been asking where is the money and where is the transparency? Also article captioned How holy is the Church in India released in the Mumbai Mirror on Thursday 21st May 2015).

The same day i.e. on Wednesday February 24, Pope Francis cautioned that unless wealth and power are put at the service of society, especially the poor, they risk becoming instruments of corruption, private interests and various forms of abuse.

“Wealth and power are realities which can be good and useful for the common good, if they

are put at the service of the poor and of everyone, with justice and charity.”  However, when they are instead lived “as a privilege with egoism and power, as too often happens, they are transformed into instruments of corruption and death.”  Isaac Gomes, Kolkotta)

Recently, we have both seen and read in many a newspaper that the Catholic Church has duped the very people it was created to protect. It is said that blood is thicker than water but with the growing presence of vested interests and the need for material wealth, even those who have been sanctified in the name of God Himself and who preach his message, have themselves become today's fallen angels.

The Church is today, the third largest land owner in the Bombay City after the Bombay Port Trust and The Parsi Panchayat. Yet unlike the Parsi Panchayat who utilizes the land for the upliftment of the deserving members of the Parsi Community, the Catholic Church seems to favour builders and developers in the name of personal gain.

Till today there is only one All Christian Colony and that too a collection of just eight buildings built in Mahim.

Recently, there have been alot of work done by local and aware Parishners who have risked stigma and economic dents to ensure court stay orders are given in time before land is lost forever so that members of the church, and possibly Rome, who officially never have money for the development of the community despite the thousands of rupees collected each Sunday apart from other days and special contributions not excluding Feasts, vow fulfillments and celebrations.

Many are even threatened by the very priests who once swore to protect them. From virtual filth and animosity used against them at the Pulpit in the presence of God Himself to personal threats to women members of the family to far more unspeakable acts. The church today is no longer the church we thought it was or has it really changed?

Remember the only difference between then and now is  that more members of the Christian Community are getting educated and involved in the community and thus are more aware than our fore fathers who just donated their lands to the church with a simple finger impression. Gone are the days when the parishners would not question and choose to remain dumb.

Many are demanding that the sole decision making power that currently rests in the hands of the Cardinal, be revoked as he clearly does not know how to do his job; and that a Parsi Panchayat Committee styled organization be created of members elected by the entire congregation in a true democracy spirit and in this wuay a competent board will be voted to look after the best interests of a community now sidelined by the Church for personal gains.

Please find below the recent verdict as was declared by the Kerala High Court.

In a rare judgement, the Kerala High Court ruled that parishioners have rights over church property.

The court, while hearing a case over property rights between parishioners and church authorities of 'Mukkad Thirukudumba' Church, Sakthikulangara, Kollam, declared that parishioners, independently or together as a committee of administrators, are competent to represent the parish and claim rights over the property of the church.

According to the Church's Canon Law, only bishops can administer a property using legislative, executive and judicial powers. Giving the judgement, the court said competence of the plaintiffs (parishioners) cannot be doubted even going by the Canon Law.

Church and its properties would not vest in the Pope or the archbishop and the maxim "Roma locuta est, causa finite est" (Rome has spoken, case is closed) no longer survives, the court observed in the judgment, which was first reported by the Times of India.

"Canon Law, as it exists now, realises the fences erected by civil law and cautiously veers away from any transgression thereof," Justice K Vinod Chandran was quoted saying.

The court also clarified that Canon Law cannot override the civil law of the land.

The Catholic Church in India owns the largest chunk of non-agricultural land, and is known as the second largest employer after the Government of India.

Alleging misappropriation of properties, some Catholic laity groups are even calling for a Wakf-like Board to protect properties, assets and institutions of the Church that are worth several thousands of crores.

Muslim Wakf and Sikh Gurdwara Acts, enacted under the provisions of Article 25 of the Constitution of India, are protecting the property and assets of those minorities without government intervention.

In August this year, the proposal to form a Wakf board like institution was moved by Madhya Pradesh Minorities Commission member Anand Bernard.

Archbishop Leo Cornelio of Bhopal, who heads the Catholic Church in the state, however insisted Catholics did not require such body to govern their properties.

"We oppose such a move because Church assets, unlike the Waqf properties, are purchased after paying money and not taken from the government on charity. Also, the Church manages its own properties legally as per the state's Act of Firms and Societies, holds regular meetings and gets accounts audited," Cornelio had said.