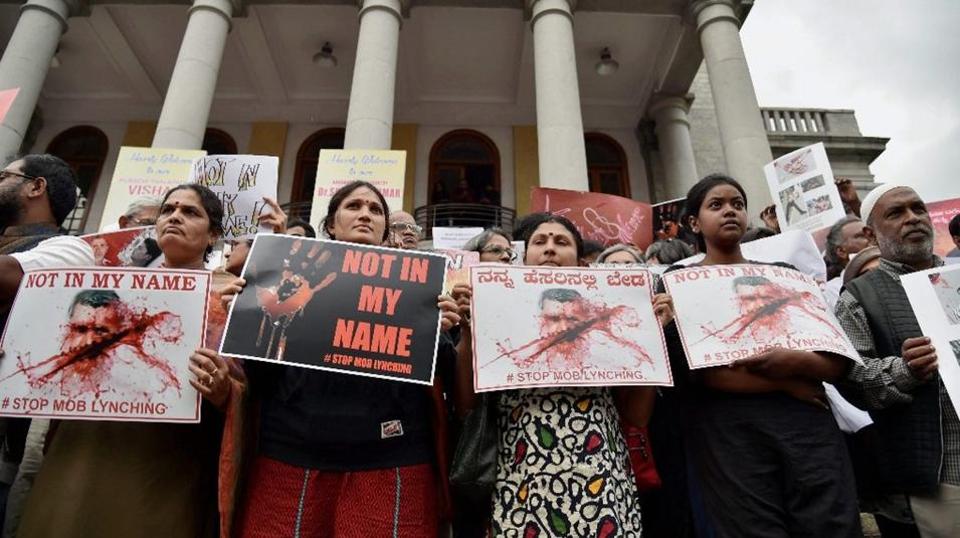 Recall 9/11 of Vivekananda to end Lynching in India & US

Two phrases in the headline “50 outfits” and “lynching victims” (please see report below) are pregnant with a lot of meaning, message and happenings both historical and present. The word “Lynching” goes back to the root of human history when a brother turned against his own brother in a murderous encounter where Cain took the life of Abel his brother, against the universal command written in the conscience of all humans: “Thou shalt not kill.” It was murder most foul, and the first recorded in history.

When was the origin of modern “Lynching?” It was when Africans were brutally killed and hung on tree tops, under cover of darkness by their  hooded Ku Klux Klan  type  white masters in the southern states in the US, when slavery ruled the roost there in the 19th century which had to go when Slavery was abolished. But it suddenly raised its ugly head recently in Virginia at Charlottesville’s bloody  encounter  which took the life of a young girl and Trump presidency was made to totter due to wide range protests and firing of Bannon his close strategy advisor.

In India this word is now  used for murderous attacks on Muslims, Christians and dalits in broad daylight, with RSS, Hindutva support  in the name of holy-cow protection policy implemented at the whims and fancies of hooligans. If these murders used to take place under cover of darkness with hooded faces in the US, now in India it is happening without fear of punishment under Modi government. Modi makes pronouncements condemning these acts but leaves action to concerned states which do not act. The allegation is that these goons have the whole-hearted unwritten support of a Hindutva government.

To overcome this there must be public protest and demand for action from independent voices of concerned citizens all over the country;  we published many reports of them including the ones like “not in My name”,   “101 Christian Intellectuals” etc. Democracy which is a talking shop must be forced to walk the talk to remedy the usual tendency of all to be ‘Strong on Talk and Weak on Walk’, which makes the  ‘Say-Do’ gap widen to end up with all ‘say’  and no ‘do’.

Sharing the pain of Lych Victims

It is to put an end to this tendency that  “50 outfits” have started a one month  journey to visit people and places of lynching to comfort the afflicted in whatever way possible. The journey called  “Karwan-e-Mohabbat” meaning “sharing pain, for atonement, for solidarity and for love” began from Assam on September 4 and will end on October 2nd at Porbandar  in Gujarat  the birth place of Gandhiji, the apostle of peace and harmony. CCV extends all its support to the organizers of this venture and earnestly urges the  so-called 101 Christian Intellectuals to come up with something practical like this, an action-oriented plan aimed at helping the afflicted.

If Christians are true followers of Jesus they should do what Vivekanda said – they should shift their emphasis from worship in churches to work in the fields and on streets to connect with divinity because: 'Jan Seva is Prabhu Seva', or “Manava seva is Madhava seva”. Churchmen in particular are to be  faulted for parading their ritual worship or “lip service worship” beyond bearable limits of ordinary people when they do this even against the explicit instruction of Jesus himself to pray in silence, in secret, within closed doors, never in public. He never built any churches to pray.  His church was a Cattle Class crowd on the move, a crowd composed of the lowly placed untouchables, the needy, the poor, the sick, the hungry. When will the institutional church shift its emphasis from praying and singing to the accompaniment of choir music to all the works of mercy Jesus was busy with during his three-year public life. It will happen only when it will stop being a preaching church to become a doing church, a practising church, when it sees that work is worship, not lip-service often in air-conditioned churches. 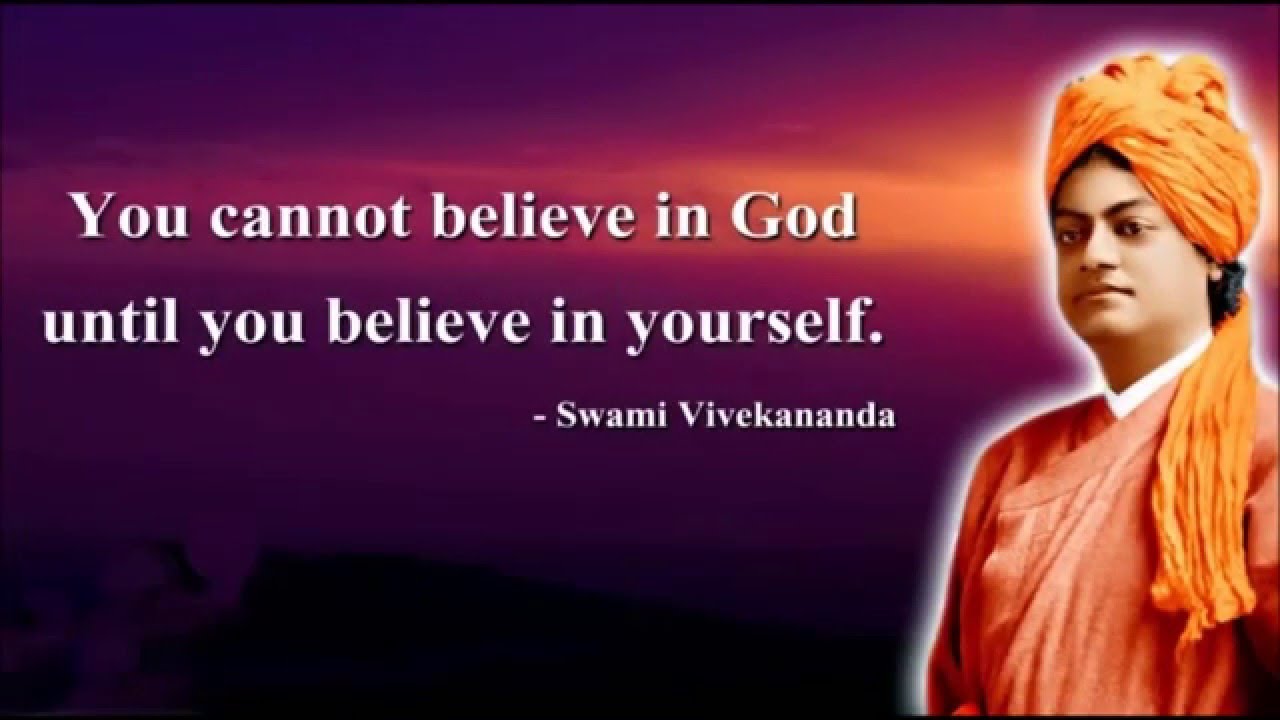 One more point since today is 9/11, the anniversary of the terrorist attack in New York in 2001. It should remind us of another 9/11 which took place 125 years ago in Chicago when Vivekananda opened his mouth before an assembled gathering  with the words:“My dear brothers and Sisters” in 1893 which united a Parliament of Religions to greater unity, brotherhood and camaraderie. It is that Indian vision of unity, brotherhood and peace nut-shelled in the saying “Vasudeiva Kudumbakam” that  both India and US need  urgently  today.

To achieve that goal there is nothing  better for us to do than say that heartfelt beautiful prayer: “Loka Samasta Sukino Bhavandu” and work might and main to establish it in our own surrounding first. james kottoor, editor, ccv.

Please read below a report on Lynching & peace walk

New Delhi: Around 50 organisations have come together in a civil society initiative under which volunteers will visit places where lynchings have been reported and meet the affected families. 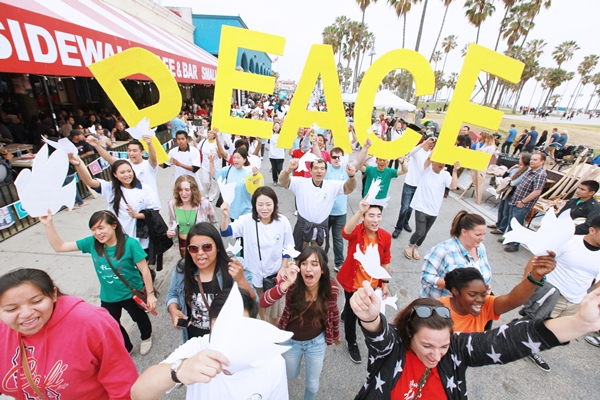 The month-long journey called “Karwan-e-Mohabbat” for “sharing pain, for atonement, for solidarity and for love” began from Assam on September 4 and will end at Porbandar in Gujarat on October 2.The organisations include All India Democratic Women’s Association, All India Secular Front, Alliance Defending Freedom, Alternative Law Network, Anhad, Centre for the Study of Society and Secularism, Ekta Parishad, National Federation of Indian Women, National Alliance of People’s Movements among others.

“The purpose is twofold — to respond to the everyday fear of Muslims, Dalits and Christians, and the worrying silences of the majority,” Navsharan Singh, a member of participating group Aman Biradri, told media here on Thursday.“We aim to declare that we stand with our Muslim, Dalit and Christian sisters and brothers in this hour of gathering darkness. The journey is also a call of conscience to India’s majority,” she said.

Advocate and columnist Dushyant explained that the main aim of the “Karwan” will be to visit families that have suffered from lynch attacks to offer our atonement and solidarity.“In each state, we will assess how the family is coping and what they need for livelihood and the pursuit of justice,” he said.

He added that before the visit, a team will reach there and try to constitute an ‘aman’ (peace) committee with members of Muslim, Dalit, and Hindu groups, Adivasis, and Christians.These ‘aman’ committees will commit to support the family for justice and livelihood, and promote amity, goodwill, and peace in the larger community, he said. “After we meet the family, we will with the help of the ‘aman’ committee organise a public meeting, an ‘aman sabha’ on the themes of love and solidarity,” Dushyant said.

There will also be singing on these themes by singers and artists who will accompany the Karwan, he added.The first phase of the peace walk covers Assam, Jharkhand and Karnataka. “We will gather again at Tilak Vihar in Delhi on 11 September,” Anhad Managing Trustee Ovais Sultan Khan said. In this second phase, the participants will travel together by buses.

From Delhi to western Uttar Pradesh, Haryana, Rajasthan, and on to Gujarat. This phase of the Karwan will culminate at Mhow on September 21.In a third phase will be in Kandhmal and Tsundur. It will conclude in a large programme in Porbandar, the birthplace of Mahatma Gandhi, on his birth anniversary October 2.

“In the course of the Karwan, we wish to symbolically acknowledge the long history of mass targeted violence against vulnerable communities — Muslim, Sikh, Christian and Dalit, after Independence, with their unmet justice and unhealed wounds, and hence we include Nellie, Delhi, Kandhamal and Tsundur,” said Dushyant.“We will end the Karwan with hope, by visiting Mhow and Probander, birthplaces of Ambedkar and Gandhi — to remind us that that the core of democracy and our Constitution is fraternity,” he added.(Source: Two Circles)