5 reasons why NDA allies may dump BJP before 2019 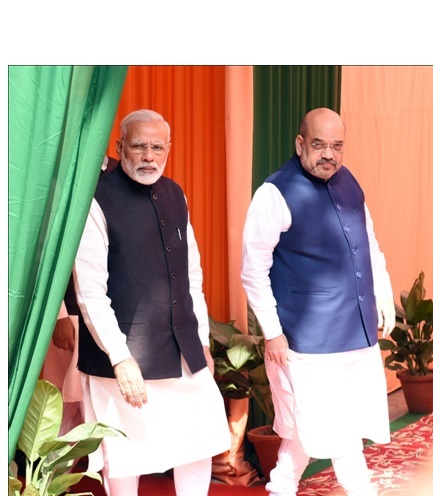 (Note: What the headline shouts out could be the daydream of the writer of the article which need not come true at all. Such perditions did not happen in the first 2014 general election or in the last Gujarat elections. In the first Modi won a handsome absolute majority with 31 % votes proving all predictions wrong, so too in Gujarat his bastion. For more derailed comment  on this article see separate editorial; “Right and wrong use of advertising” in today’s CCV. james kottoor, ccv editor.

BJP’s aura of invincibility took a hit when a resurgent Congress dented the saffron party in Prime Minister Narendra Modi’s home state of Gujarat in last year’s assembly elections. Since then, BJP has been facing trouble from within NDA ranks. Here are five reasons why BJP needs to be worried about the larger damage and uncertainty being created amongst its alliance partners.

.
The by-poll results in Rajasthan have come as a major setback for the ruling BJP. Congress is headed to win both Alwar and Ajmer Lok Sabha along with Mandalgarh assembly seat giving a rude shock to chief minister Vasundhara Raje who is hoping to retain power when the state goes to polls this year-end. Apart from Rajasthan, BJP is likely to face more anti-incumbency in states like Madhya Pradesh and Chhattisgarh where they have been in power since 2003.

Secondly, it was Shiv Sena that belled the cat last month when it decided to go it alone in upcoming assembly and Lok Sabha elections. Sena and BJP have shared an uneasy relationship ever since they parted ways due to differences over seat-sharing just before the Maharashtra assembly election in 2014. Later Sena joined the BJP led government but the writing was on the wall – BJP wants to play the dominant partner in all alliances.

Thirdly, Andhra Pradesh chief minister Chandrababu Naidu too has voiced similar concerns last week. He said, “I will not say anything owing to mitrapaksha dharmam (conformity to friendship). Their leadership should think about it… If they don’t want an alliance, then we will say namaskar and then talk.” Naidu’s main grouse is BJP’s reluctance to grant special status to Andhra despite having a deficit budget of Rs 16,000 crore. Reports of Jagan Mohan Reddy’s YSR Congress cosying up to BJP has also not gone down well with TDP.

Fourthly, the most recent signal came from the cow-belt in Bihar where Union minister Upendra Kushwaha had called for a human chain to raise awareness about education this Tuesday. Kushwaha’s Rashtriya Lok Samata Party (RLSP) was joined by RJD leaders while NDA allies like BJP, JD(U) and others were conspicuous by their absence. The return of Nitish Kumar’s JD(U) to NDA fold will certainly lead to political realignment before the 2019 Lok Sabha election.

Lastly, Kuldeep Bishnoi led Haryana Janhit Con.gress which had tied up with BJP for the 2014 Lok Sabha elections has already merged with Congress in 2016. Though the party did not win a single seat in Lok Sabha, it had polled above 6% vote in the election. Given chief minister Manohar Lal Khattar’s poor track record in maintaining law and order, Bishnoi’s return will boost Congress’ chances in the state that sends 10 MP’s to Lok Sabha.

(For over a decade, Sanjeev Singh has worked with various news channels as a field reporter. His interest lies in politics, sports and most “desi” things from the Hindi heartland. Views expressed above are the author's own.)