In the third phase of the elections, 21 per cent candidates had criminal cases, while first and second phases had 17 per cent and 16 per cent such candidates.

From the India Today report below, it appears that for contesting elections, corruption and crime records are nothing nothing to be ashamed of by the candidates.  The more the number of crime records of a candidate, the greater is the pride, as if they were war medals.  For the general public, a citizen cannot vote from more than one constituency.  But a politician can contest from two constituencies.  He can even file his/her nomination for candidature from a jail. If a common citizen, has crimininal records or has been in jail, then he/she is debarred from applying for government/bank jobs. But a politician even with criminal records and in spite of having served a jail term, can after his / her victory in the election,  be a Cabinet Minister, even Finance or Defence Minister without even having class X.  This is the country we live in, where in spite of being equal in the eyes of law, politicians with criminal records (as the article below reveals) are superior to law-abiding citizens who have no criminal records.  And just imagine, these politicians with criminal background, will have IAS/ IPS cadre officers who have to go through highly competitive examinations, at their beck and call! Isaac Gomes, Associate Editor, Church Citizens' Voice. 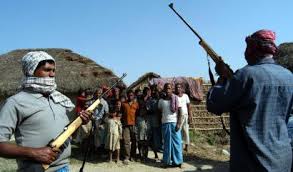 In the third phase of the elections, 21 per cent candidates had criminal cases, while first and second phases had 17 per cent and 16 per cent such candidates. There are 21 candidates with declared cases related to crime against women as well in the fourth phase.

There are 943 candidates in the poll fray for the fourth phase, voting for which will take place on April 29. As per the analysis of self-sworn affidavits of the candidates filed with the Election Commission (EC) at the time of the nomination, there are 210 candidates with declared criminal cases against them. Total 158 (17 per cent) out of 928 candidates analysed have declared 'serious criminal cases' against them.

Around 37 out of the 71 are red-alert constituencies – the constituencies from where three or more contesting candidates have criminal cases against them. The National Election Watch (NEW) and the Association for Democratic Reforms (ADR) have analysed the selfsworn affidavits of 928 out of 943 candidates, who are contesting in the fourth phase of the Lok Sabha elections. Around 15 candidates could not be analysed because of unavailability of their properly scanned and complete affidavits.