INSIDE THE VATICAN MAGAZINE

From the Letters of Dr Robert Moynihan 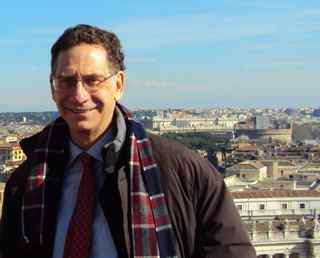 Rome (CNN)Pope Francis has announced that the Vatican next year will open its secret archives containing World War II-era documents from the controversial papacy of Pope Pius XII.

The archives cover the years 1939-1958 and consist of several hundred thousand letters, cables and speeches. Critics of Pius say he did not do enough to publicly combat the rise of fascism in Germany and Italy. Supporters say he worked diligently behind the scenes to save Jews from the Holocaust.
Francis, in announcing the opening of the archives, said that criticism of Pope Pius XII had sometimes been prejudiced or exaggerated.
"I am sure that the serious and objective historical research will know how to evaluate it in the right light," the Pope said.
"I take this decision having heard the advice of my closest collaborators, with a serene and trusting heart," he added. ""The Church is not afraid of history, on the contrary, it loves it."
The documents from the pontificate are not only kept in the Secret Archives, but also in archives of different Vatican offices such as the Secretariat of State and the Congregation for the Doctrine of the Faith, according to the Prefect of the Secret Archives, Bishop Sergio Pagano.
All Vatican offices will open their archives to qualified researchers on March 2, 2020.
Writing in l'Osservatore Romano, the Vatican's newspaper, Pagano said that it has taken 20 dedicated archive personnel more than 12 years to inventory and organize the paperwork, which includes:
The Pope defended Pius' presumed silence on the rise of Adolf Hitler in Germany and the Holocaust that ensued.
"Without doubt, even moments of great difficulty, of tormented decisions of Christian and human prudence, that to some could have seemed like reticence, were instead attempts, humanly very difficult, to keep the light of humanitarian initiatives, of hidden but active diplomacy lit, in periods of greatest darkness and cruelty, in the hope of a possible opening of hearts," Francis said.
In 2004, Pope John Paul II opened the archives for the Vatican Office of Information for Prisoners of War (1939-1947) containing more than 2,000 archival "units" and nearly as many boxes of documents, according to Pagano.
Together, those records provided information on thousands of wartime military and civilian prisoners, and may help clarify the legacy of Pope Pius XII, Pagano said.
"In the sad, no terrible, scenario before the war, during its tragic unfolding as well as afterward, the great figure of Pius XII stands out," Pagano said.
"He was superficially criticized and judged for some aspects of his pontificate and now, thanks to the opening faithfully desired by Pope Francis, I think historians who know how to investigate, without prejudice, but with the help of new documents, can find its richness and realistic importance."
Jewish groups immediately hailed the Vatican's announcement on Monday, saying they've been asking for access to the secret archives for decades.
"Pope Francis's decision to make these materials now fully open and available for international scholarly research is enormously important to Catholic-Jewish relations," said Rabbi David Rosen, the American Jewish Committee's international director of interreligious affairs.
The committee said Rosen has personally raised the issue with Pope Francis and his predecessors.
"It is particularly important that experts from the leading Holocaust memorial institutes in Israel and the United States objectively evaluate as best as possible the historical record of that most terrible of times — to acknowledge both the failures as well as the valiant efforts made during the period of the systematic murder of six million Jews," Rosen said.
Rabbi Riccardo Di Segni, the chief rabbi of Rome, said it's "better late than never."
But the rabbi also expressed some skepticism, recalling that a commission of Catholic and Jewish experts, set up in 1999 to examine the Pope Pius XII archives, was dissolved in 2001 "because members didn't have the effective guarantee of having access to all the documents."
"Will all the existing documents be made available?" Di Segni asked.
The United States Holocaust Memorial Museum in Washington, DC, said it has enjoyed a "cooperative relationship" with the Vatican archivists for more than a decade, when John Paul II allowed researchers access to collections relating to the rise of Nazism in Germany. But those archives only go up to 1939, the museum said in a statement.
"Since the end of World War II, scholars, Holocaust survivors, and others have asked important questions about the role of the Vatican and Pope Pius XII during the Holocaust," said Holocaust museum director Sara J. Bloomfield.
"It is long overdue for speculation to be replaced by rigorous scholarship, which is only possible once scholars have full access to all of these records. This is important for the sake of historical truth, but there is moral urgency too: we owe this to the survivor generation, which is rapidly diminishing."
According to the Vatican, the archives will be open to qualified researchers who must submit a request t view documents. All researchers must have a university degree or an equivalent university diploma. Clergy must possess a licentiate degree or PhD, the Vatican said.