Dissent is custodian of difference – A manifesto of dissent! 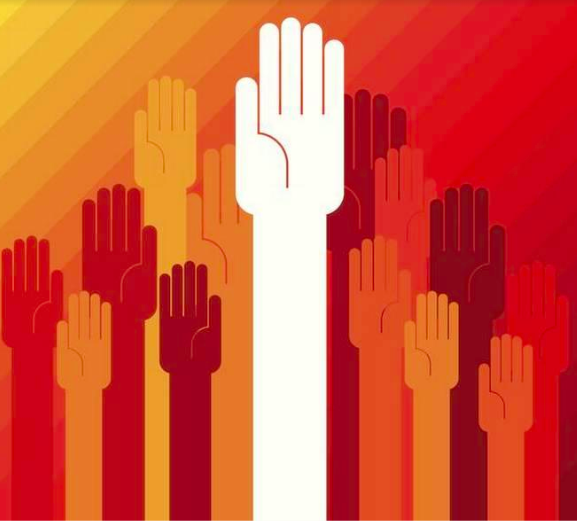 Note: Earlier CCV published another article: Dissent as the safety valve of Pressure cooker (over heated communities on boil). India today is overheated on many fronts, religious and political, among so many other periferal areas. So this another perspective, dissent as the custodian of differences.

India has been and  continues to be a nation of unity and multiplicity, but all holding together like different colourful flowers in a bouquet. Hence what is needed I tolerance that holds together and destroys what is different.

Panchayath of ideas is another phrase for unity  in diversity or democracy. It is when we present dissenters as intolerable persons that divisions and conflicts arise.

Dissenters are often accused of creating divisisons. The opposite is true. They are pointing out existing divisions and the need  to tolerate them for smooth functioning. The remedy is not eliminating them. For this one has to understand the positive contributions groups like Radicals, Rationalists, Heretics, conformists have to offer for the common good.  james kottoor, editor ccv

Read more from Viswanathan writng in the Hindu

Dissent is the custodian of difference, giving voice to minorities and people on the margins.

Dissent today is one of the most critical acts of democracy. There is an element of critical risk, and yet it is presented like a slice of drawing room behaviour. One almost senses that the next coffee table book shall be on dissent and its sheer affability.

There is something textbookish about dissent, as if it comes from a handbook or a collection of recipes. Dissent is often thought to be divisive when, in fact, it is a search to return a whole, a desperate battle to keep the parts together. Dissent as a concept and an activity has to be differentiated from radicalism and from the inflated idea of the public intellectual. Radicalism is totalitarian while dissent is pluralistic. It acknowledges epistemically that it is one way among many ways of stating the truth.

Marxism was a form of radicalism. It created dualism and binaries but what redeemed Marxism from being a mechanical party ideology was the variety of dissenting imaginations that surrounded it. Rosa Luxemburg and Leon Trotsky, Marxist revolutionaries, add not just to the romance of Marxism, but redeem it from the monolithic ideology of Stalinism. The danger of Stalinism lay in the fact that it ate up the future of these dissenting imaginations.

Dissenting Marxism has been life-giving and creative especially for the margins. Liberation theology during the fishing struggle in Kerala gave the battle for equality a new dimension when political parties and churches found it difficult to transcend hierarchy or abandon power. A party or cadre-style Marxism had no place for the dissenting imaginations.

The idea of the public intellectual often degenerates to a drawing room concept of a creature we watch on TV. He is the successor to the salon intellectual who presents himself more as a performative rather than a substantive mind. One expects the public intellectual to get his hands dirty, ensure that while he is a media creation, he does not become a creature of the media. One senses all too often that his critique is cosmetic and rhetorical.

His critique of Narendra Modi as Gujarat Chief Minister and Prime Ministerial candidate in 2014 was about his suppression of storytelling, the State government’s distortion of dissent, its labelling of environmentalists as anti-national. Ananthamurthy’s bilingualism allowed him a greater diversity of thinking. It expanded the poetics of differences and made democracy a panchayat of ideas. The government gave him his finest accolade when it decreed through BJP leader Giriraj Kishore that he should be put on the train to Pakistan.

Dreams of an alternative

The very confused state of dissent and dissenting imaginations today demands that we re-conceptualise dissent into a tentative manifesto. I remember what the scientist C.V. Seshadri once told me. Radicalism lives in the world of hyperboles but dissent unravels itself through ordinary language. Yet it is out of this everydayness of language that it invents the dreams of alternatives.

Dissent seeks to articulate difference, celebrate plurality and attain a sense of diversity. The dissenter, unlike the ideologist or the radical, claims the whole truth. He is a custodian, a trustee of truths which are being lost in mainstream or majority debates. A dissenter is thus a representative of differences of marginal truths and in articulating this role becomes a custodian for the imagination of democracies. A dissenter thus protects or argues for ideas which belong to the margins, the minority, to what might be condemned as heretic or merely eccentric. He is a custodian of abandoned memories and an advocate of defeated ideas which are still life-giving.

A dissenter has to survive not just the ideologist but the very definition of expertise. Expertise is today virtually defined as a monopoly or an oligopoly of knowledge which assumes it knows a domain best. An expert always operates within enclosures but is rarely exclusive within it. In expert controversies, the dissenter is regarded as noise in a system.

A dissenter sounds discordant because the music of his ideas is not appreciated. When a lay person challenges expertise using ordinary language, his becomes a lesser order of knowledge. A dissenter has to challenge the ontology of both statuses — an invidious notion of citizenship and a non-inclusive notion of knowledge. One sees this during debates on nuclear energy where expert language seems measured and certain while dissent sounds almost irrational and subjective.

Here dissent not only has to broker between expertise and what is dubbed as ignorance, it has to challenge the very epistemology of knowledge which defines a layperson’s knowledge as a lesser form of existence. Dissent in this instance challenges not just the dominance of expertise but the dominant constructions of knowledge itself. Dissent within a plural frame has to renew the very definitions of mainstream knowledge.

A dissenter in that sense is a custodian of difference, of defeated and dominated ideas. He has to challenge hegemonic ideas without demanding such exclusivity for his own ideas or knowledge system. He operates on the cup of the republic of tentativeness as a trickster, a shaman, bringing a different life force to ideas. A satyagrahi in that sense epitomises dissent and the life of dissent. He lives out an idea and his protest is always dialogic, non-violent. His lifestyle embodies his idea such that his autobiography becomes a life world for the idea. Gandhi’s “experiments with truth” represented a dissenting idea, where the dissenter also empathised with the hegemon and sought to rescue him.

The Indian national movement was an attempt to rescue the British from their modernity. The dissenter rather than being factional or divisive was concerned with the health of the whole. He sought to be an exemplar of his own idea by living it. The satyagrahi in that sense embodied his idea linking life, lifeworld, livelihood, life style and life cycle. He experimented on himself and the body became a test tube for his experiments with self and truth, whether non-violence, diet, self-control.

In that sense, satyagraha was a way of thought as a way of living and ashrams became experiments in thought, attempts to create an alternative world view. Gandhi added to a usually political and intellectualist idea of dissent, an experimental and ethical mentality. But in a truly satyagraha style, the experiment rather than being inspectional began on oneself — creating a connectivity with the world which was both ethical and political.

Dissent as an idea and an activity has to be placed within both a theory of democracy and a theory of knowledge. One begins with the critical role of diversity and a critique of hegemonic knowledge. One of the great exponents of such an idea was Alfred Wallace, co-discoverer of evolution with Charles Darwin. In The Wonderful Century, Wallace argued that a science at its moment of dominance becomes a threat to itself, to the creative dream of alternatives. He argued that science must invent alternative imaginations to sustain its dynamisms. His book was an exploration of such alternative ideas from spiritualism to critiques of vaccination to argue for the availability of both eccentricity and creativity.

An outsider, an outlier

Finally, a dissenter’s relation to power is liminal. I remember the political scientist, Rajni Kothari, once discussing a change in regimes. He smiled and said wryly, “Regardless of who comes to power, our place seems to be in the opposition.” At the level of power, we remain outsiders and outliers to the hegemony of any idea. Dissent in that sense is critical at at time when one’s citizenship in a world of knowledge is always in question. It becomes a ritual of trusteeship for the world of minorities, marginals, eccentrics, those dreaming of alternative ideas to sustain a vibrant democracy.

(Shiv Visvanathan is an academic associated with the Compost Heap, a group in pursuit of alternative ideas and imagination)