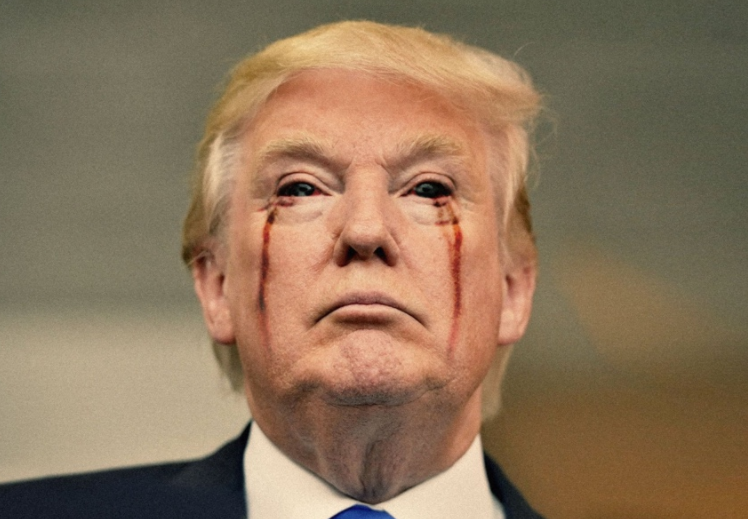 India-US move forward on defence, but there are disturbing signals on the economic relationship. Editorial, in Indian Express, June 28, 2017

(Note: It "Takes Two to Tango", is an idiom which means that something can’t be done well without the active participation of both the parties as in a dance, marriage, bargain, even in quarrel. In US it is all a one-man (Trump) show and others may say “it is all a one-man (Modi) show in India. It is for each one to  have his/her view. So the Indian express says US-India meet was a Trump tango or ‘advantage Trump’!

It was indeed, all a one-man Modi show when he exhibited  his expertise in hugging varieties, may be due to his deep knowledge of Yoga, and Trump excelled in deal-making to his advantage, due to his business or mercantile expertise. Trump wants free flow of US goods to flood the Indian market and reduce Indian exports to US at lower tariff. It is clear to whose advantage and who stands to gain in this bargain.

India wanted to get H-IB visa to be discussed. But it got a snub from Trumb. Since the Indian business man Kumar, a great friend of Modi, was a big financier of Trump campaign and created a Hindu American front supporting republican party candidate Trump, that image had to be kept up in projecting the first meeting of two leaders through eye-catching bear-hugs and elaborate well-spread dinner halls. In the bargain both succeeded, as in the Malayalam saying: (Jayam enikkum, parambu Moothanarkum) = Victory for me (Modi) and land (bone of contention) for Trump! The show stage-managed succeeded to prevent heart burns for both. james kottoor, editor)

FEW had set a high bar for the summit meeting between Prime Minister Narendra Modi and President Donald Trump this week — and the two leaders obliged by doing just enough to avoid giving the impression that India-United States relations are headed downhill. India walked away from the summit with a trophy, in the form of the designation of Hizb-ul-Mujahideen chief Mohammad Yusuf Shah, who uses the pseudonym Syed Salahuddin, as an international terrorist.

The designation is of little practical use, though; similarly proscribed Lashkar-e-Taiba chief Hafiz Muhammad Saeed, his Jaish-e-Mohammad counterpart Masood Azhar Alvi and ganglord Dawood Ibrahim have evaded justice for years. In turn, India pledged to join the United States’ campaign against North Korea’s nuclear weapons. This, too, is largely symbolic: India is North Korea’s second-largest export destination, but their paltry $191 million bilateral trade is not what keeps the regime afloat.

There have been some tangible takeaways, like the US’ willingness to sell India naval drones, but these are the outcome of processes begun under the stewardship of former president, Barack Obama. As such, they reflect bureaucratic stewardship of the defence relationship, not the breaking of new ground. Perhaps significantly, the specific references to the South China Sea dispute and China in last year’s joint statement were replaced with a call on “all nations to resolve territorial and maritime disputes peacefully and in accordance with international law”. This could suggest that the strategic outlook that underpinned the India-US relationship is changing, as President Trump turns away from seeking to contain Chinese power in Asia.

There are disturbing signals, moreover, on the economic relationship. President T, is mentioned at the outset of the joint statement, and the theme occupies about a third of the text.

The discussions now underway for US-produced natural gas could go some way in offsetting that deficit, but President Trump’s language suggests bruising spats over intellectual property rights and trade regulations could again occupy centrestage in relations between the two countries.

Perhaps worse, climate change, the star of the 2016 joint statement, has disappeared from this one. For Indian farmers, already hard hit by climate change, this issue is key; President Trump’s decision to walk back on the US’s Paris Agreement commitments marks a major blow. India may just be the latest in a long line of countries to learn that in Donald Trump’s version of the dance, it takes just one to tango.