Writer had similar experience of CJI : I was there, before Chief Justice of India

Our Columnist Rev. Valson Thampu sent us this article reacting to a piece we wrote in the CCV on the Sex allegations rocking the Supreme court. Apparently, he had to face similar charges in his own life.

As a rule, the aphorisms in vogue like, “Truth is mighty and will prevail,” point to what we lack. This is what is happening in India and around the world both on the political and religious front. Yet the paradox of truth is that it bounces back when it is crushed. Spices give out their inebriating aroma best, when crushed!

Think of the instance Jesus who described himself, as Truth incarnate. He was thoroughly examined, found innocent and (therefore?) was put to death instantly. But he bounced back to vindicate that not even a sealed tomb can bury truth as darkness cannot expel LIGHT!

As Rev. Valson points out, one thing to be noted specially here  is  that in spite of the basic juridical dictum that a person is to be deemed innocent until proven guilty, in sexual harassment law the onus is on the accused to prove his innocence. It is slanted in favour of the victim.

Valson proves a case by his own life experience. May this happen even in the case of the Chief Justice of India:  Let TRUTH alone prevail. james kottoor. Editor, CCV 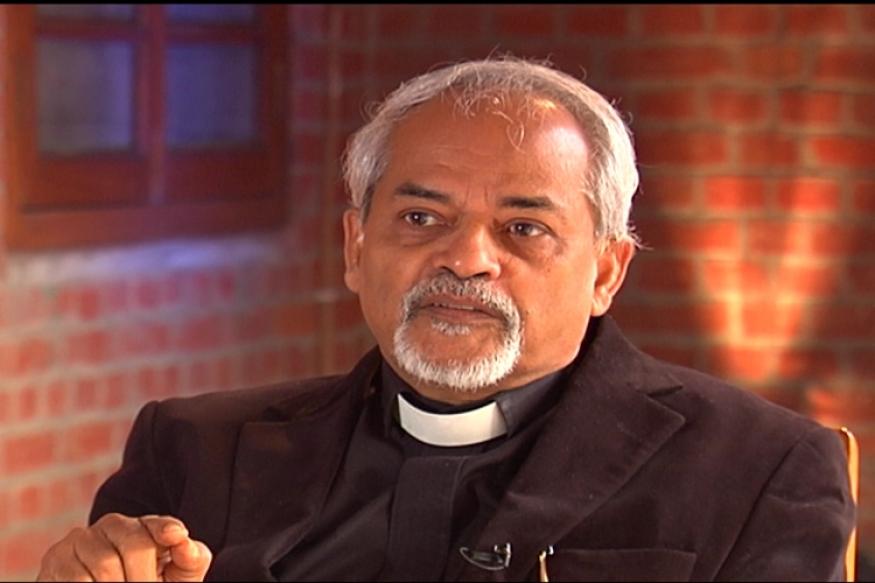 I do not know if this peach of a sensation in the history of Indian judiciary is a trap or a travail of truth. Hopefully, we will get to see the bottom of the present allegations against the Chief Justice of India (CJI) in course of time.

This, you could well say, is hoping against hope; for in India it is rarely that the truth is established in such matters. Truth remains overpowered by might in our country. That is why we need our national motto – “Truth alone shall triumph”. As a rule, the aphorisms in vogue point to what we lack.

Consider the state of the print and electronic media in this country, if you think I am being cynical. Do you turn to them for truth? Or, to be shocked, surprised or entertained by falsehood? Consider the currently raging electioneering. A litany of truth-telling, do you think? Or, a diabolic ritual of falsehood peddling? What will win in elections 2019? Truth or falsehood? Most people do not realize that elections are not only exercises for clothing some people with power but also of undressing a society.

We understand why the sexual harassment law was slanted towards the victims. It is unnecessary for me to belabor the well-known. But there is an aspect which is never discussed in public. The leniency granted to sexual harassment victims stems from the widespread assumption of male sexual vulnerability. It is assumed that men cannot control their libido, if propitious circumstances exist. This combines readily with the dictum, “there can be no smoke without a fire”.

I do not wish to argue that this is not true in an overwhelming majority of cases. But I will never accept the cynical dogma that there can be no exception to this pattern. Law has as much duty to protect the innocents who are victimized as it has to uphold the majesty of justice. No innocent person should be degraded and destroyed as a human sacrifice at the altar of male vulnerability: the factor that slants anti-sexual law in the way it does at present.

It is for this reason that, unlike the strident female voices, I believe that the CJI should not step aside and stay out of office till he is cleared. I would have maintained this position even if the possibility of a conspiracy playing in this plot hadn’t surfaced. Here’s why.

When I was the principal of St. Stephen’s College, Delhi, I happened to incur the displeasure of the high and the mighty, including the media barons in this country. I was seen as a hindrance to their having their way with the institution. [By the way, it used to be joke in the corridors of the bureaucracy in Delhi that one’s RH factor needs to be right, if one is to survive in the government. R=reliance; H=Hinduja]

Within three weeks of my assuming office I was told, “We did not allow V.P. Singh to stay in office for three months. You will not sit here for three days.” One of the many strategies used ‘to smoke me out” was laying sexual harassment traps. By God’s mercies, I did not fall into any of them. Frustrated, my antagonists planted a news item in the print media, “Rev. Thampu is mired in sexual harassment cases”.

This generated an outcry and a demand that I step aside until all allegations against me are cleared, which was the intent behind the intrigues. So, if this logic is accepted, a person can be punished for sexual harassment even if he is, and is known to be, innocent. The point is to get him out of your way and it is achieved, in spite of his innocence. This, surely, is a blot on the delivery of justice. You don’t serve the cause of justice by practising injustice!

This is not merely a legal issue. It is, in the end, a moral and spiritual issue. Men do a disservice to themselves by creating an impression that they are partial to male harassers. (I must insist that sexual harassment is not an exclusive male preserve!) By doing so, they justify the logic and necessity for gender-based discrimination with which currently the law is, in my opinion, vitiated.

If we are to make any stable and significant progress in the direction of making the society safer for the dignity and safety of women, men and women must be equally committed to justice. Women, who use anti-sexual harassment law as weapons of blackmail or vindictiveness are as much a hindrance to the quest for justice to women as male chauvinists are.

I am convinced beyond any doubt that there is no breakthrough along the legal route in this, and most other respects. Law is a limited tool. It can wake up only when there is a legal infraction. It cannot protect women, except via deterrence; which, I agree, is better than its absence. But the value of deterrence should not be exaggerated. Deterrence is, in criminology, actually a misnomer. Legal deterrence does not – except to an insignificantly small degree – avert the harassment of women. It is certainly valuable as a psychological balm to heal the hurt of outraged souls.

The battle against sexual harassment, if it is to be won, has to be spiritual as well. In the biblical idea of spirituality, an important aspect of spirituality is ‘self-control’. The primary assumption is that man, if not developed and empowered spiritually, will be weak and vulnerable to his own impulses of which, as Freud said, sex is the most potent. The second meaning is that man doesn’t have to be so. He can keep himself under control.

It is in this respect that the western culture has been weakened by Freudianism. Since the time of Freud, it is deemed axiomatic that it is neither possible, nor desirable, to control the sexual impulse. The most exciting frontier of human liberation in the ‘60s and ‘70s of the last century, as most of us remember, sex. The pill and the condom were the twin-liberators of the species. It is this creed that rules the world today.

In complete opposition to this, the spiritual traditions of the world developed, independently of each other, the article of faith that human beings, if aligned to the will of God, can attain self-mastery. Being in control over oneself is a greater achievement than running around like rabid dogs or super charged bulls. It is much better to be master of oneself than to be master over others.

The Greco-Roman stoic tradition arrived at the same conclusion via the philosophical route. You will look in vain in any of the stoic texts to see even a semblance of anxiety about the generic human incapacity to master his libido. The stoics taught that sexual promiscuity enfeebled human dignity and rendered individuals effete. To them, no personal gravity or dignity was possible without attaining a high degree of self-control. A human being who remains a slave to his own passions was an object of contempt.

Human behaviour is influenced substantially by the matrix of assumptions (the control-box of reality) by which individuals live and function. We are extra-tolerant of the sexual excesses and aberrations of the elite. We assume that those in power have a right to have a larger piece of sexual gratification.

Now we believe that, as long as science and technology are there to take care of consequences, and legal firepower to avert punishments, it is all right -as a popular advertisement says- to ‘try everything and finally choose the best for yourself’. In the youth sub-culture today, it is assumed to be normal and natural (as Dickens says) to “indulge in that agricultural activity of sowing one’s wild oats”.

The battle against sex-crimes, which are on a meteoric rise, needs to be engaged on many fronts. It is a test of our earnestness and sincerity of purpose that we do or don’t. If your house is on fire you wouldn’t debate on the subtleties of the means at hand. You will throw all at it, won’t you?  As Gandhi said, “India is a house on fire”. And I add -In more senses then one.