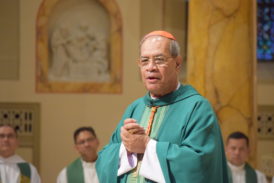 Cardinal Patrick Cardinal D’Rozario, C.S.C., of Bangladesh, made a pastoral visit, July 21-23, to the borough of Queens, home to the largest Bengali population in the U.S. Above, he is seen giving the homily at a multicultural Mass at St. Bartholomew Church, Elmhurst, July 23. (Photos: Matthew O’Connor)

A very graphic report in the Tablet USA, on the mementous visit of Bangladesh's first Cardinal Patrick D'Rozario to the USA to pep up, spiritually, Bangladeshi settlers in and around New York.  The Cardinal's schedule (Mass, Prayer Meets, Banners, Reception and Time TV interviews) was seamlessly planned by Fr Sunil Rosario (seen in the cover photo in front of the Cardinal) from Kolkata, who is in the USA.  He has been specially assigned to take pastoral care of the Bangladeshi Community and also of the multi-cultural (mainly hispanic and mexican) community at Queen of Angels, Brooklyn Diocese,New York.  Fr Sunil went to JFK Airport New York on July 20, to receive the Cardinal and armed with his media and communication skills, was actively involved in the coordination of all the events of the Cardinal.

Congratulations to the Cardinal and to all Bangladeshi Christians in the USA for spreading the message of peace and unity and multi-cultural assimilation. Isaac Gomes, Asso. Editor, Church Citizens' Voice.

While the situation in Bangladesh, where the country has taken in more than 800,000 majority Muslim Rohingya refugees fleeing ethnic cleansing in neighboring Myanmar, and those seeking asylum at the U.S.-Mexico border, are undoubtedly different situations, Cardinal Patrick D’Rozario, C.S.C., believes there’s a shared lesson to be learned.

In an interview with The Tablet at Queen of Angels Church in Sunnyside, the Archbishop of Dhaka in Bangladesh said that migrants and refugees – regardless of where they are in the world – are seeking a place in “our common home,” a nod to Pope Francis’ 2015 encyclical, “Laudato si’.”

“Pope Francis is always saying that, and I think we must listen to his call to receive them as human beings,” he said.

Earlier this week, Cardinal D’Rozario – who was created a cardinal by Pope Francis in 2016, the first in the country’s history – has been engaged in a pastoral visit to the largest Bengali population in the U.S.

When the first wave of immigrants from Bangladesh arrived in the U.S., they settled in Queens, one of the most diverse regions in the country. They arrived with their full families in tow, and with a commitment to bringing their cultural identities along with them.

Despite “social bonds that are very strong” and a commitment to being “community-minded,” Cardinal D’Rozario said the Bangladeshis struggled with issues of employment and documentation that most migrant groups do when trying to assimilate in a new country.

Yet despite those challenges, which they would eventually overcome and give birth to a dynamic Bengali-American community, he said they also managed to keep their faith.

Cardinal D’Rozario, who has traveled to New York on multiple occasions over the years – although this visit marked his first since being made a cardinal – is pleased with what he’s seen.

“God has brought them here with a certain purpose, and they are trying their best to keep their faith, to practice their faith, and the family values linked with their parents and religion – and I see that,” he said.

“They’re coming here as kind of a missionary because Bangladesh has religious values. In the midst of secularization, they can be a witness, and they are,” he continued.

When Jesuit missionaries from Portugal first arrived in Bangladesh at the end of the 16th century, they already faced an uphill battle in the Muslim and Hindu majority country. Yet when a local Hindu prince, Dom Antonio da Rozario, adopted Christianity, widespread conversions followed which fueled greater interest in the then-new faith.

Although the Church has grown through the centuries, today there are only approximately 375,000 Catholics in Bangladesh, or .3 percent of the population. By contrast, over 86 percent of Bengalis are Muslim, while another 12 percent are Hindu.

Yet, this small Church has managed to set an example of interreligious solidarity.

Cardinal D’Rozario told The Tablet that since Vatican II, the “Church became more local,” and listed the ways in which the Church provides services to people of other faiths – from education, healthcare, and interreligious dialogue, ways in which he believes Catholics are more outward-facing than any other religious group in the country.

“The Church cannot be restricted to the few,” he said.

Reflecting on the missionary focus of the local Church, Cardinal D’Rozario mourned the fact that the Church in Europe is in decline and seems embattled by secularizing forces throughout the continent.“We were evangelized by them. Why did they lose?” he asks rhetorically. 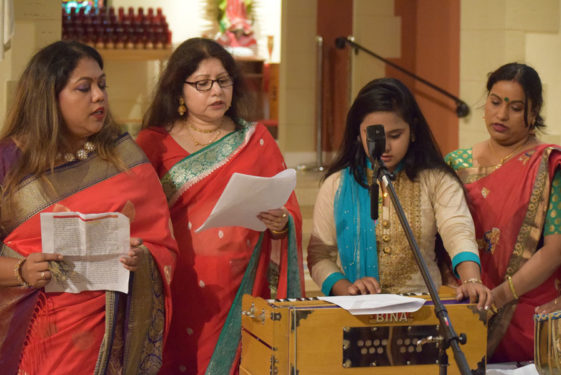 Bangladeshi settlers in the US organise a cultural programme in honour of the Cardinal after the  multicultural Mass at St. Bartholomew Church, Elmhurst, July 23.

“We cannot just build the Church as an institution,” he said, determined to see his small Church have a different outcome. “The Church is the people of God.”

And it seems that he is not the only one actively working for the Bangladeshi Church to serve as a global example: Not only did Pope Francis shine a spotlight on his country by making him a cardinal, but also by traveling there last December.

As he recalls the surprise news of being made a cardinal, he readily admits, “I was the first one to be dumbfounded.”

In the aftermath of that announcement, he said he could only make sense of it by realizing the honor had nothing to do with him, but was about the Bangladeshi Church.

“Pope Francis took an option to bring what is good in the peripheral Church to the center, to the world,” he told The Tablet. “The Church is poor, the country is poor, but it has its richness in its values.

“The poor have the power of being dependent on God, not in a way that’s superstitious, but a confidence,” he said. 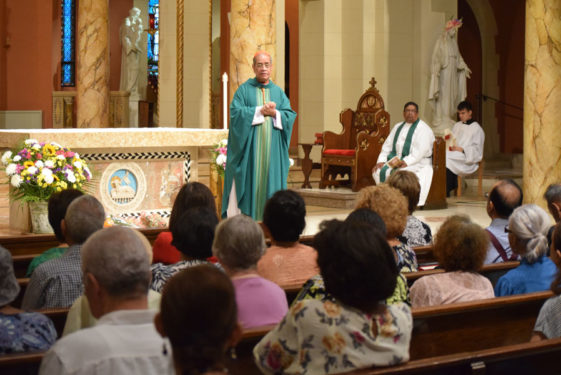 The Cardinal gives his homily.  Fr Sunil Rosario seated on his left.

Spotlight on the Rohingya

Pope Francis’ visit to Bangladesh in December 2017 was the second stop on a seven-day tour, where he first visited neighboring Myanmar. There, he shined a spotlight on the persecuted Muslim minority known as the Rohingya, hundreds of thousands of whom are now living in Bangladesh in makeshift camps and shelters.

Since the pontiff’s closely watched-visit to both countries, Cardinal D’Rozario said he believes the situation has improved. However, he said the displaced status of the Rohingya cannot last forever and they need a more permanent and stable existence.

Even so, he’s proud of the care that Catholics have provided in helping to improve the conditions of the Rohingya refugees, noting that they are working to build new camps and better shelters, and especially directing their efforts at helping the children who are growing up in such unfortunate conditions.

Cardinal D’Rozario, who has visited the camps on two separate occasions, recalled after one visit that he had “touched the wounds of Jesus.”

Such suffering, while heartbreaking and devastating, he says is a reminder of the Church’s purpose – and he says Pope Francis understood this during his time in the country.

“The Holy Father said, ‘I have seen the suffering faces, but I have also seen the smiling faces,’” the cardinal recalled.

Looking ahead, he believes his small nation and its even smaller Church, and its people who now live in the U.S., serve as a reminder of “the power of the little ones.”

This report has been published courtesy Tablet USA.  It will help spread the message of peace and affinity.