Theologians, lay leaders call for mass resignations of US bishops 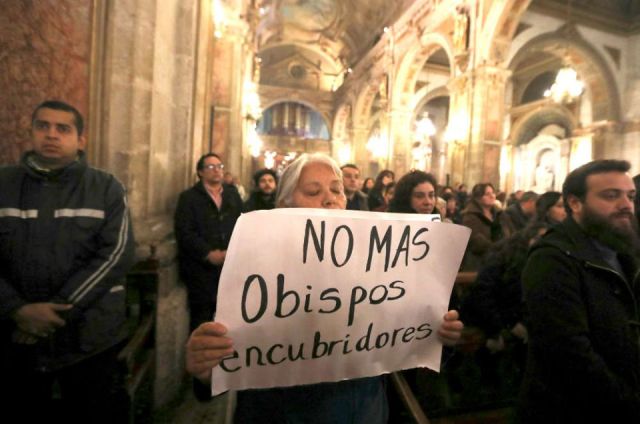 “No genuine … healing and reform can begin” without a demonstration of repentance, statement says

Cover Image:  A woman holds a sign in protest during Mass July 25 at the cathedral in Santiago. Chile’s bishops resigned en mass in May after revelations of sexual abuse and corruption. A group of U.S. theologians and lay leaders are calling for the same public act of penance from U.S. bishops. (CNS photo/Ivan Alvarado, Reuters) 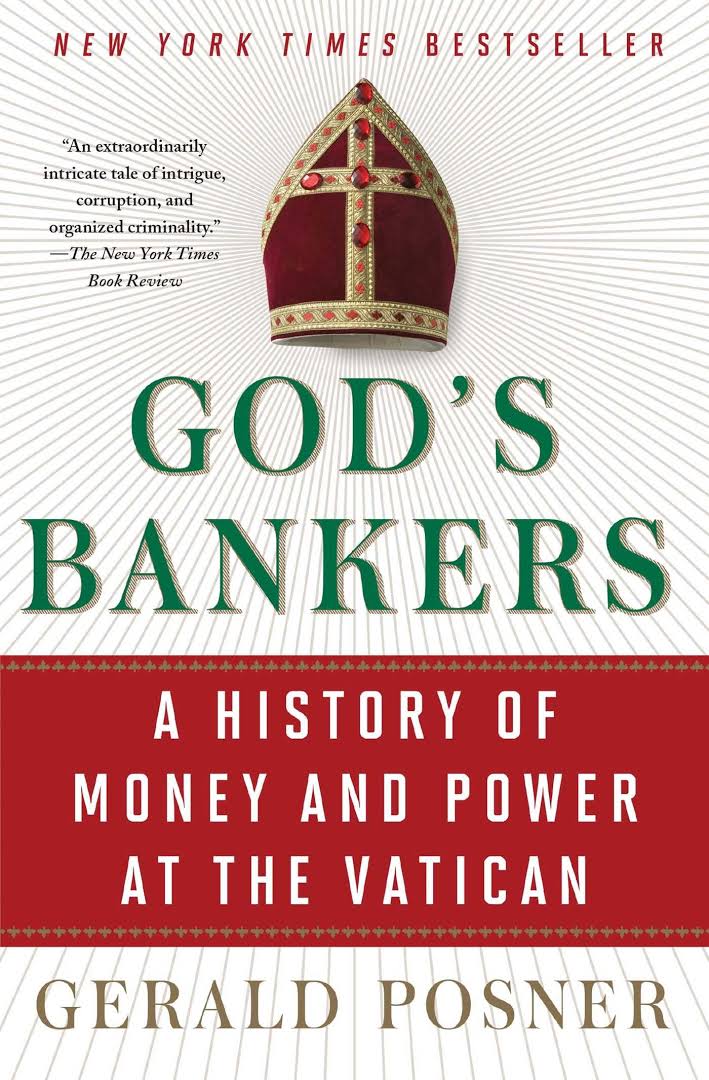 In the book God's Bankers which graphically details how money, and accumulating and fighting over it, has been a dominant theme in the history of the Catholic Church and often in shaping its divine mission, one bishop who ran the Vatican Bank says: "You can't run the Church on Hail Mary's."  The book lays bare how over centuries the Church went from surviving on donatioins from the faithful and taxes levied on its vast earthly kingdom to a tiny state that embraced capitalism and modern finance.  In 1900s the Vatican Bank orchestrated complex schemes involving dozens of offshore shell companies as well as businessmen who often ended up in jail or dead. How and why this remarkable transformation took place is part of the tale of this book. The author who wrote the book after nine years of research, quotes another author who wrote in 1996, "Vatican officials would sooner talk about sex than money."

The latters observation has come prophetically true.  We are hearing of a plethora of cases involving decadess of sexual adventures by priests and bishops – the latest being the mass resignation of 34 Bishops of Chile after revelations of sexual abuse and financial corruption, which Pope Francis had earlier overlooked, and even denied and then had to force his hands by calling all the bishops to resign. We have a similar situation in India of the Bishop of Jallandhar having raped a nun several times and facing police investigation, albeit at a snail's pace.

Now it appears from the National Catholic Reporter report below that we have a repeat of Chile in the USA.  There has been a demand for mass resignation of all the bishops in the USA in the wake of Tuesday’s release of a grand jury report that detailed seven decades of sexual abuse by clergy and cover-up by church leaders in six dioceses in Pennsylvania, as well as allegations earlier this summer that former archbishop of Washington, Theodore McCarrick, sexually abused two children and adult seminarians.

In India such demands have fallen on the deaf ears of (1) the CBCI the apex body of bishops in the Indian Catholic Church and (2) The Papal Nuncio based in New Delhi. The  collective "Conspiracy of Silence" on the part of Indian bishops is simply sickening. Let the Lay Leaders in the US show us the way forward.  Isaac Gomes, Asso. Editor, Church Citizens' Voice.

More than 140 theologians, educators and lay leaders have called for all U.S. bishops to submit their resignations to Pope Francis, much like Chile’s 34 bishops did in May after revelations of sexual abuse and corruption, as a public act of penance and a “willing abdication of earthly status.”

“Today, we call on the Catholic Bishops of the United States to prayerfully and genuinely consider submitting to Pope Francis their collective resignation as a public act of repentance and lamentation before God and God’s People,” said a statement, posted in English and Spanish on the Daily Theology blog on Friday.

“Only then might the wrenching work of healing begin,” it said.

The statement came in response to Tuesday’s release of a grand jury report that detailed seven decades of sexual abuse by clergy and cover-up by church leaders in six dioceses in Pennsylvania, as well as allegations earlier this summer that former archbishop of Washington, Theodore McCarrick, sexually abused two children and adult seminarians.

“We are brought to our knees in revulsion and shame by the abominations that these priests committed against innocent children,” the statement said. “We are sickened in equal measure by the conspiracy of silence among bishops who exploited victims’ wounds as collateral in self-protection and the preservation of power. It is clear that it was the complicity of the powerful that allowed this radical evil to flourish with impunity.”

Acknowledging that some bishops are “humble servants and well-intentioned pastors,” the statement’s signers still urged a collective resignation by all bishops because of the “systemic nature of this evil.”

“Systemic sin cannot be ended through individual goodwill. Its wounds are not healed through statements, internal investigations, or public relations campaigns but rather through collective accountability, transparency, and truth-telling,” the statement said.

“We are responsible for the house we live in, even if we did not build it ourselves,” it said.

The statement also expressed support for “sound proposals,” such as those for external investigations like the one in Pennsylvania, which “would begin to convert this ecclesial culture of violence into one of transparency, accountability, humility, safety, and earned trust.”

But “truth-telling and repentance are prerequisites to conversion” at the institutional, as well as individual, level, the statement said, noting that “no genuine process of healing and reform can begin” without such a demonstration of repentance.

“As a collective body, the bishops have given the faithful little indication that they recognize and take accountability for the breathtaking magnitude of the violence and deceit that has continued unabated under their leadership,” it said.

The pope has accepted five of Chile’s bishops’ resignations so far. The statement notes that Chile has an active bishop-to-Catholic ratio similar to the United States, while the crisis in the U.S. seems to have a broader geographic scope.

“After years of suppressed truth, the unreserved decisiveness of the Chilean bishops’ resignations communicated to the faithful a message that Catholics in the United States have yet to hear, with an urgency we have yet to witness: We have caused this devastation. We have allowed it to persist. We submit ourselves to judgment in recompense for what we have done and failed to do.”

Several of the signers are graduate students or younger Catholics who were not old enough to fully comprehend the sexual abuse crisis that has been reported in NCR since the 1980s and by The Boston Globe in the early 2000s.

The statement notes that the issue is not liberal or conservative. “It does not emerge from a particular faction or ideology but rather from the heart of a wounded Church,” it said. “It is an expression of fidelity to the victims, to Jesus Christ, to the Church in whose service we have devoted our lives.”