Stand Up For Human Rights Today!

It is December 10th: ‘Human Rights Day’ once again! This year the day is extra-special as the UN High Commissioner for Human Rights Zeid Ra’ad Al Hussein puts it, “Next year – on 10 December 2018 – we will celebrate the 70th anniversary of the Universal Declaration of Human Rights, and this year’s Human Rights Day on Sunday marks the beginning of a year-long 70th anniversary commemoration. It will also, I hope, be a year of intense and profound reflection on the continuing and vital importance of each and every one of the 30 articles contained in this extraordinary document.” 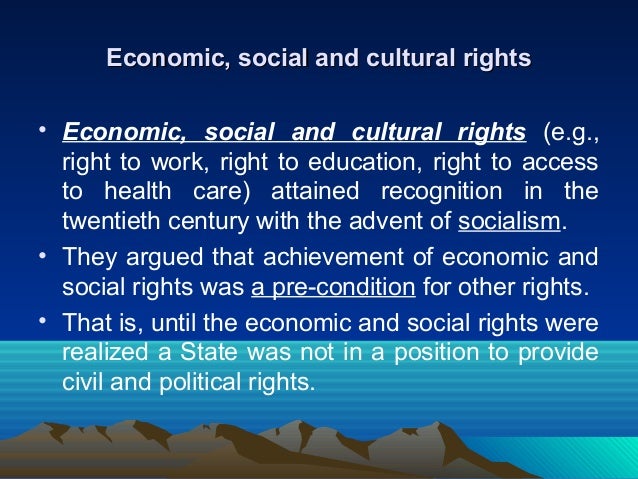 The UDHR certainly needs to be celebrated; most countries in the world have acknowledged its intrinsic value and are signatories of this path-breaking document, which has been translated into five hundred languages. Sadly, the bitter truth is that in several countries of the world ‘human rights’ continue to remain on paper today, just empty platitudes. The poor and the marginalized, the vulnerable and the minorities, the differently-abled and those of different sexual orientation, the refugees and the displaced- are deprived and denied of their legitimate rights.

Zeid in his statement for Human Rights Day emphatically states “values enshrined in Universal Declaration of Human Rights under assault, must be defended” He goes on to elaborate, “the universality of rights is being contested across much of the world. It is under broad assault from terrorists, authoritarian leaders and populists who seem only too willing to sacrifice, in varying degrees, the rights of others, for the sake of power.  Their combined influence has grown at the expense of liberal democratic order, peace and justice. We see mounting cruelties and crimes being perpetrated in conflicts across the world; an antagonistic nationalism on the rise, with surging levels of racism, xenophobia and other forms of discrimination taking root, even in countries which had grown complacent in the belief these were problems of the past, rather than ones that could all too easily re-emerge and reassert themselves.”

Even a cursory survey of some of the major countries of the world will make one realise how bad the situation is with regard to human rights. ‘Populism’ seems to thrive in several countries: the rhetoric of the so-called ‘leaders’ is highly discriminatory and divisive. They thrive on a language which is filled with venom and hate. These pander to a kind of a pseudo ‘nationalism’-have no qualms of conscience to incite mob violence and killing. At the receiving end most often are ordinary citizens: most often poor and innocent. Political one –upmanship has become the order of the day. The sole aim of powerful vested interests is to control the lives and destinies of others- at any cost, particularly by violating the rights of others.

Many of the world’s leaders blatantly deny the fundamental truth of Article 1 of the UDHR which states that ‘All human beings are born free and equal in dignity and rights; they  defy their forbears’ promise ‘to promote respect for these rights and freedoms and by progressive measures, national and international, to secure their universal and effective recognition and observance.’ Some of them like Maduro in Venezuela, Duterte in the Philippines, Modi in India, and Trump in the US- are some textbook examples. There are several more all over Asia, Africa, Americas and even in Europe that care two hoots for the legitimate rights of their people. Death penalty still exists in several countries. The profiteering military-industrial complex with total support from unscrupulous politicians will do anything to keep wars and conflicts on – in several parts of the world.

The rights of women and children are systematically denigrated everywhere. Millions of them across the globe are ensnared by human traffickers. Children are made to work for long hours in hazardous occupations in the sweat-shops of Turkey, China and many other countries. Those who publicly profess a different sexual orientation are in some countries hounded and even killed. Freedom of Religion is another major casualty: majoritarianism seems to be an ‘in’ thing and those who belong to minority religions are at the receiving end of a brutal society: the Ahmadis in Pakistan, the Yazidis in Iraq are some glaring examples of people being persecuted for their religious beliefs. Christians and Muslims continue to be at the receiving end with regular attacks from right-wing Hindu outfits with an apparent support from the ruling political dispensation.

Refugees, migrants and the displaced are not granted their legitimate rights – as the world continues to come to grips with the biggest humanitarian crises in recent times. Millions have fled parts of Africa, Syria, Iraq, Afghanistan and Yemen in recent times due to war and persecution. Growing xenophobia, jingoism, exclusiveness on the part of the host communities has made it very difficult for them. The Rohingya people of Myanmar have faced immense suffering in recent months. More than 620,000 of them have today sought refuge in Bangladesh. The Indian Government in a highly unacceptable act is not prepared to take in the Rohingya refugees.

Pope Francis was recently in Myanmar. In a major address to the authorities and diplomatic corps there on 28 November he said, “Indeed, the arduous process of peacebuilding and national reconciliation can only advance through a commitment to justice and respect for human rights.  The wisdom of the ancients defined justice precisely as a steadfast will to give each person his due, while the prophets of old saw justice as the basis of all true and lasting peace.  These insights, confirmed by the tragic experience of two world wars, led to the establishment of the United Nations and the universal declaration of human rights as the basis for the international community’s efforts to promote justice, peace and human development worldwide, and to resolve conflicts through dialogue, not the use of force…The future of Myanmar must be peace, a peace based on respect for the dignity and rights of each member of society, respect for each ethnic group and its identity, respect for the rule of law, and respect for a democratic order that enables each individual and every group – none excluded – to offer its legitimate contribution to the common good” .Important points worth reflecting and acting upon- by all, very especially those in power and authority

In the run-up to the 70th anniversary of the Universal Declaration of Human Rights (UDHR), the UN Office of the High Commissioner for Human Rights (OHCHR) on 30 November launched a new, contextual and interactive website www.standup4humanrights.org. Zeid makes a passionate plea to all “Ultimately it is up to us, to ‘we the people,’ for whom this Declaration was written. It is up to me; to you; to everyone in every city, province and country where there is still space to express thoughts, participate in decisions, raise one's voice. We need to act to promote peace, fight back against discrimination, and to uphold justice. We must organize and mobilise in defence of human decency, in defence of a better common future. We must not stand by, bewildered, as the post-World War II system of values unravels around us. We must take a robust and determined stand:  by resolutely supporting the human rights of others, we also stand up for our own rights and those of generations to come.”

An unequivocal call to stand up for human rights today!