(Note: Below we give the "Instructions" that Delhi Catholics received from Vatican, in response to their memorandum to the Pope. The dispute was on a pastoral letter issued jointly by the Arch BIshops of Delhi and Faridabad, according to which all Kerala Catholics of Syro-Malabar origin residing in Delhi were obliged to add their names in the rolls of Faridabad Arch Diocese, with immediate effect. It resulted in a public up rise in Delhi and a lot of mud was found being hurled all around. Since this issue is relevant to all Syro-Malabar Catholics living all over the world, Laity4Unity organizers in Delhi took time and efforts to clarify each and every point in the 'Instructions'. This is a document which should be kept with

all Syro-Malabar Catholics living outside Kerala, for it clarifies their right to receive sacraments from Latin Rite, without losing their ancestral patronage in Kerala. I also request our readers to forward this to all other Syro-Malabar Catholics, for they may need it for receiving Sacraments from Latin Rite Churches. Malayalam translation done by me also is attached. Joseph Mattappally – Asso. editor)
Understanding the Rome “Instruction” of January 2016 on the Syro-Malabar issue
Background (for your understanding):
What our Petition of 24 May 2014 had asked for.
First,  we prayed that His Holiness would expand the scope and maintain the spirit of the indult issued by St. John Paul II, for Mumbai in 1993 by issuing unequivocal rulings that apply to all migrants, not only in Delhi but all over the world.
Second, we prayed that the spirit of the Indult issued in Mumbai 1993 be extended to Delhi immediately. In short, that His Holiness paternally guide the two Archbishops to consider withdrawing altogether the JPL of 1 November 2013. This was an interim prayer, the final petition begins at no. 3 below; as we did not know if the Church would take such an over-riding decision as requested at No. 3 below in the very first instance.
Third (and this was the substantive petition), w3 prayed His Holiness promulgate a universal edict that no one may pass any law, develop any policy or prescribe any procedure that will erect legalistic or bureaucratic barriers between one church and another. “Unity”, must not be destroyed on grounds of “diversity”
……………………………………………………. 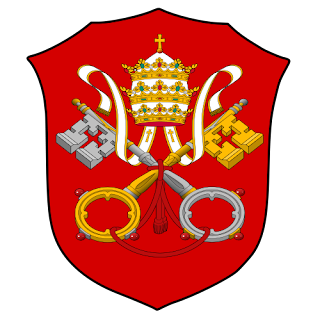 In any hierarchy, an “instruction” to someone, coming from a person that has authority over that someone, is a command. It is a command from the Congregation for the Oriental Churches, the supreme authority under the Holy Father, on this issue.