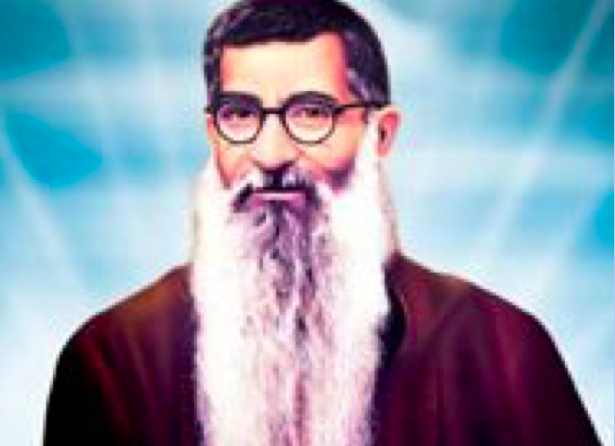 (Note: The Capuchin Ashram where Fr. Theophane lived, worked, died and buried happens to be walking distance from where this scribe lives in Thammanam, Ernakulam. In addition he had the privilege of writing the first draft of his life story for consideration to Fr.Boby who is a family friend.

Yes the Nercha Sadhya (Banquet) for the whole of Thammanam people and from around is very famous and even cause traffic problems. He really went about doing good to the poor, sick and the suffering always at the beck and call of the marginalized as the epitaph on his tomb stone says. “One who awaits the people who are troubled with pains and sufferings.” james kottoor, editor)

Vatican City : The Vatican has formally started proceedings for canonisation of Servant of God, Capuchin Friar, Fr. Theophane Koodalloor. The canonisation process was initiated at Vatican by Fr. Carlo Calloni, the General Postulator . The formal process from Archdiocese of Verapoly in Kerala was completed on Oct 24 th at the Capuchin Ashram in Ponnurnni, Ernakulam district and the documents handed over to Vatican.

A Vatican tribunal of theologians and historians  will now scrutinise miracles for Fr. Theophane’s  beatification – when he will be given the title Blessed, and later  canonised, when he will be recognised as a saint.

Fr. Theophane was born in Koodalloor family among the nine sons as the sixth . Michael was his baptismal name. Michael had his schooling at the Govt. School of Kottappuram and at St. Albert’s High School, Ernakulam. From there, in response to the call to priesthood, he joined the Diocesan Seminary of Verapoly, Kerala. He entered into the Capuchin Ashram and made his First Profession on 1934. He received his Ordination from the Bishop of Ajmer, His Excellency Rt. Rev. Gueso Flack.

He was very much known for his counselling, house blessings, house visits and healing through prayers. He was the vehement co-ordinator of the Mission Retreat team. He spend ten years at St. Bonaventure Capuchin Friary at Ponnurunni. He was also the founder of the Ashram Church there under the name of the Patron St. Pius – X.

For most of his life, he was afflicted with various diseases that he suffered joyfully with a smile on his face. He died on April 4, 1968 at the age of 55 . His mortal remains are buried at Ponnurnni Guild of the Ashram.

Liturgical and para-liturgical services are conducted where people flock for healings and blessings. The lit-lamp offering and the flower offering are usually done by the people for intercessions and for the favours received. His death anniversary is conducted every year on the 4th of April, with “Nercha Sadya” (agape Banquet), served to everyone, prepared by the devotees themselves. His personal belongings are still preserved in a museum in his name, adjacent to the Ponurunni Ashram. The wordings at his tomb show the life he lived.”One who awaits the people who are troubled with pains and sufferings.”