You find your own answers! You may call it: “Hierarchical High hand Disease” we spoke of in connection with the story on the Missionary Bishop, Alex of Portblair!

The latest shocking news is that four sisters who conducted a two-week sit-in Dharna in Kochi in Mulakkal rape case, are transferred to four different corners of India, instead of keeping the status quo till the court case is concluded. Also, is it not the demand of fairness and natural justice to the sisters – the victims — to allow them to stay together for mutual support and help them to appear in court if and when called upon by the court to appear as witnesses?

How can they do that if they are shunted to God-forsaken places in the country? Are the authorities in the church disinterested in the smooth and speedy conclusion of the on-going trial? Or are they interested only in prolonging endlessly this case as in the 26-year old case of Sister Abhaya, all to save the culprit and punish the victims further? Justice delayed is justice denied! Unfortunately, is it not what is happening in the Catholic Church? Have I to cite instances to prove it?

It reminds me of what happened to fourteen sisters, a group of Indian women theologians who made history when they wrote a filial letter to Pope John Paul II on October 31st 1994 expressing their theological differences to his Encyclical barring women to Priesthood.

Of course they did not call the Pope, “Your Holiness” but “Dear Father,” and in the subject column they wrote: “Response to Apostolic Letter of Pope John Paul II, on priestly ordination of to men alone, dated 22 May 1994”. Being women theologians and versed also in scriptures, they were following the teaching in Mathew 23, “You are all brothers” and are not to call any one ‘Rabbi, teacher’ etc. Even calling one ‘Father’ is taboo if he is not a biological Father. All the fourteen Sisters (Nuns) were holding responsible offices in the Church in various areas of competence. But they were kicked off from their offices (toppled from their high horse tops, like Saul from his horse top) in a move to silence them from good. One of the sisters even came to see me in Thammanam, kochi.

The whole letter of the sisters is my book "Women why are you weeping?" published by media house, Delhi in 2002. That letter is really eye opening and a theological master piece. So I shall possibly publish that letter, since that book is sold out. Late saintly Archbishop Eugene D'Souza of Bhopal wrote to me, in his own hand since he was without a secretary, saying, he was taking that book with him while going to preach a retreat to Nuns in Bangalore.

The whole hierarchical church from top to bottom is corrupt to the core, with very rare exceptions, is the only mild view I can share with you. Due to daily power cut — new power line posts are being erected on main road  — I regret to say, I am unable to post many relevant articles or long explanations in the CCV.

Where is following Jesus?

Where is transparency, frankly speaking, freedom of opinion, vertical and horizontal dialogue, gender equality, in the Church? While preaching they all boast they are “Alter Christus” other Christs, following Jesus who said: "Palam Locutus sum" I have said everything in public, from the House tops? The survival of such a church in this 21st century is already numbered! We have to pity FRANCIS who is trying to make  it live long.

Church is called a community of the people of God. But a community without free flow of communication – vertical and horizontal – is as good as good as DEAD. What do you do with a dead body? You  bury it before it starts stinking and poisoning the whole atmosphere. We are all constantly being poisoned by this poisonous gas coming down from the hierarchical Church.

In an effort to start some sort of vertical dialogue in the Syromalabar church we actually tried. In 2013 a group of writers and lay experts in various fields in Almayasabdam group – Kalarickal, Padanamakal, Moolechalil etc. – led by this writer sent a list of ten burning issues for the consideration of 4 bishops headed by Cardinal Alanchery. Sometimes it was just a research article, to get an opinion from any of the bishops. Always they were signed by all the writers.

Unfortunately we were not lucky to receive a reply from any of the four bishops. Three attempts were made and it was announced from the very beginning that we were trying to open a vertical dialogue in the Syromalabar Church. In the third attempt, it was signed by some 15 persons.

All attempts were  total failures. In the third attempt Bishop Bosco  Puthur, now in Australia replied. But he is gone to Australia. And there stoped our attempt to dialogue. But Almayasabdam in Malayalam and Church Citizens' Voice (CVC) in English raise so many issues for the bishops to respond or use them to speak to the laity. They talk only through the caged birds like “Sathydeepam” or “Deepanalam” where there is no place for people speaking to Power and Insolent might. Thus goes vertical dialogue in the Church.

Jesus faced his critics head on. Nay he even provoked his listerners to ask questions. To those who were afraid of speaking,  he said: “Is it not this in your mind?” and answered them. Until that time comes, there is no future for the Catholic Church. This is what Pope Francis is trying as a last resort. But who bothers about what the Pope says. Some of the papal statements are forbidden to be published in Syromalabar Church publications. Long live the Church of Dialogue, especially VERTICAL DIALOGUE in the Syromalabar  Church, dead and stinking for too many!

Tail piece foot note: Since this piece started with: Kerala Nuns it  reminds me of an eye-catching banner headline on the front page of the (Old) New leader: KERALA GIRLS SOLD ABROAD! It shocked the whole church in india. It happened, when this scribe was its young (immature?) editor. BBC reporters had come to Delhi to investigate the matter in Kerala, but seeing the headline  in the NL they went back home, saying, “they are handling it themselves!” The story was written by 'Our Staff correspondent?' but name withheld, because it was written by a priest junior to me, he was also secretary to Archbishop, after which doing his studies in Rome, and reporting what was happening Italy through a priest agent in Ettumanoor.

One of the advertising baits used to entice Tamil girls to go to Italy was: “Talia? Italia? (Do you want THALI Mangala sutra, that is, Marry or go to Italy) Many girls opted to go to Italy for the heck of it and postpone marriage till the right boy came along.

The content of the NL  article was verbatim true. The writer is still alive but not revealed to the public till now. Publishing such "By our Staff correspondent" articles is part of the ethics of professional journalism! Facts are sacred, opinions are free. No compromising on truth, whether pleasant or unpleasant.  Dirty linen should not be washed in public. But it must be washed clean. When dirty linen becomes impossible to get washed in private, per force it must be brought out and washed in public. That is the only way to make a Sacch Bharat, and a CLEAN CHURCH, if any one is interested in a stainless, spotless Church! 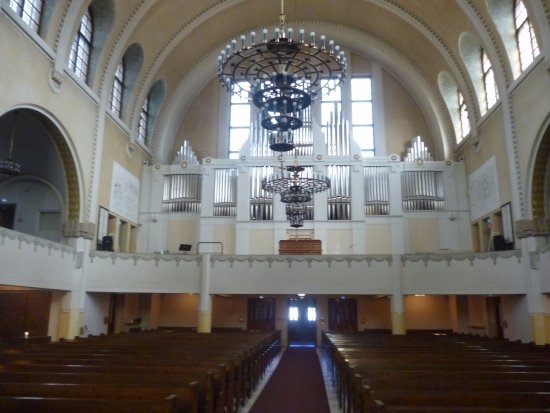